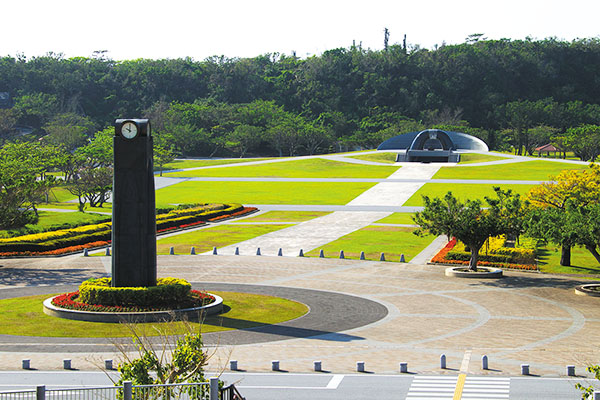 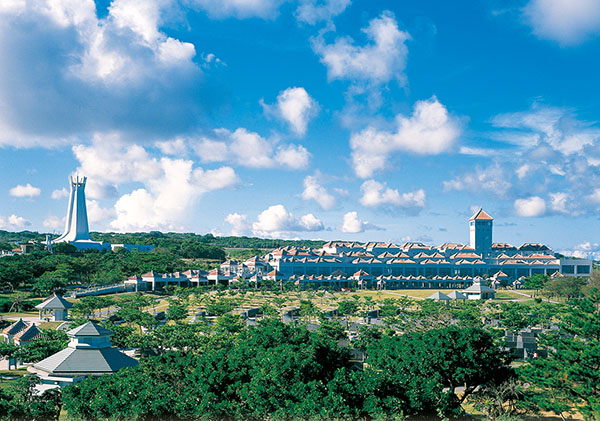 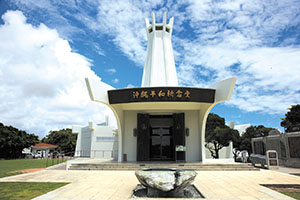 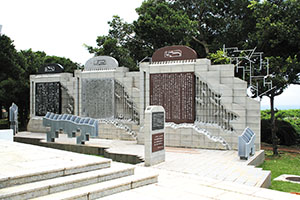 The Okinawa Peace Memorial Park, situated on Mabuni Hill, the site where the Battle of Okinawa ended, was created to mourn the loss of close to a quarter of a million people. A 12-meter-high lacquer Buddha, a symbol of peace, can be seen in the the Okinawa Peace Hall, as can an art museum and a series of pictures titled &quot;War and Peace.” One of the key features of the park is the Cornerstone of Peace inscribed with the names of some 200,000 individuals, including civilians and Japanese and foreign soldiers, who lost their lives in the Battle of Okinawa. The concept of the stone monuments is to remember those who died and to pray for them, to share lessons learned from war and to provide a place for meditation and learning. The vast park is also home to the Peace Memorial Museum, which exhibits testimonials of survivors of the war, a meditation forest and a peace bell.