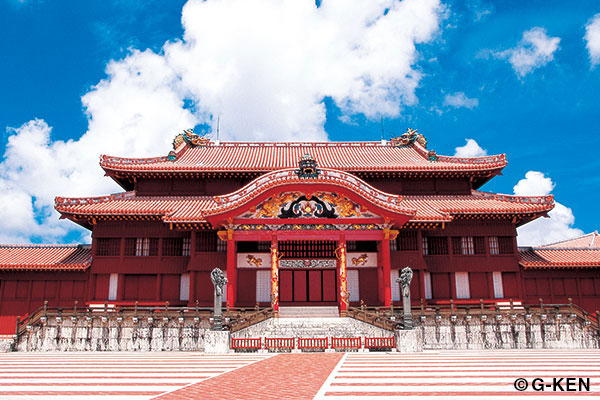 Shurijo Seiden: Standing in stark contrast to the brilliant blue sky, the bright red Shurijo Castle presents an elegant and magnificent sight to all who visit. The courtyard, called the Una, used to be at the heart of Shurijo Castle, where numerous national rituals and ceremonies took place during the days of the Ryukyu Kingdom. The Una is covered with bright tiles called sen, which functioned as markers for the placement of officials lined up for ceremonies. The diagonal road at the center is called the ukimichi, and only a few selected people, such as the king, Chinese ambassadors and their messengers, were allowed to tread upon it.

A collection of historic and cultural sites of the Ryukyu Kingdom

The capital of the Ryukyu Kingdom epitomized by Shurijo Castle, which served as the kingdom's center of politics, diplomacy and culture for nearly 500 years, Shuri is a place where time passes slowly, always with the distinct flavor of the old days. In Shuri, traces of the aristocratic residents of the old castle can be seen in today’s textile dying, pottery and traditional cooking, which are among the distinctive features of the area.   Walking the streets of Shuri sparks curiosity, looking into the everyday lives of the Okinawans and visiting historic monuments and old ruins, along with utaki, sacred prayer sites significant in the spiritualism of Okinawa scattered around the area.
Shuri is known for the exquisite colors and patterns of its bingata (a surface-dyed textile). The vicinity of Shurijo Castle Park is home to a group of artists as well as the Okinawa Prefectural University of Arts campus. Also worth a visit are the craft shops and galleries dotting the area.

There are great walking courses around Shurijo Castle where you can learn the rich history and culture of the old Okinawa of the kingdom period. Why not take a historical journey through Shuri as well as a tour of Shurijo Caste?

Exploring Shuri with all five senses

If you exit Shurijo Castle Park through the Shureimon Gate and head south, you will find yourself at the cobblestone street of Kinjo-cho. Situated on a moderate incline, Kinjo-cho’s famous street is paved with Ryukyu limestone and has been designated a prefectural historic site. The area includes numerous fascinating things to see, such as the mysterious 300-year-old Akagi Forest.

Hundreds of awamori distilleries existed at the height of the kingdom period in Shuri, where production of the local liquor first began. Three among the oldest of them, the Zuisen, Sakimoto and Shikina distilleries, are still in operation today. Some offer tours for observing the process of producing awamori. There are also a variety of arts and crafts studios/shops, including Matayoshi's silversmith workshop and the old-established bingata studio, Ryusen.

For dining, Shuri Soba is a popular Okinawa noodle house where the number of servings sold daily is limited to 60 or 70, often getting sold out within a couple of hours of opening. Situated in traditional Okinawan houses, Shimujo and Ashibiunaa are also good options for sampling Okinawa soba. Other establishments in the area worth a stop include La Fonte, an authentic Italian restaurant complete with a traditional wood-burning stove (11:30-23:00); Art Coffee, a café with its own art gallery (12:00-20:00); and Arte•Ovo, which hosts an array of live music performances including jazz and world music. 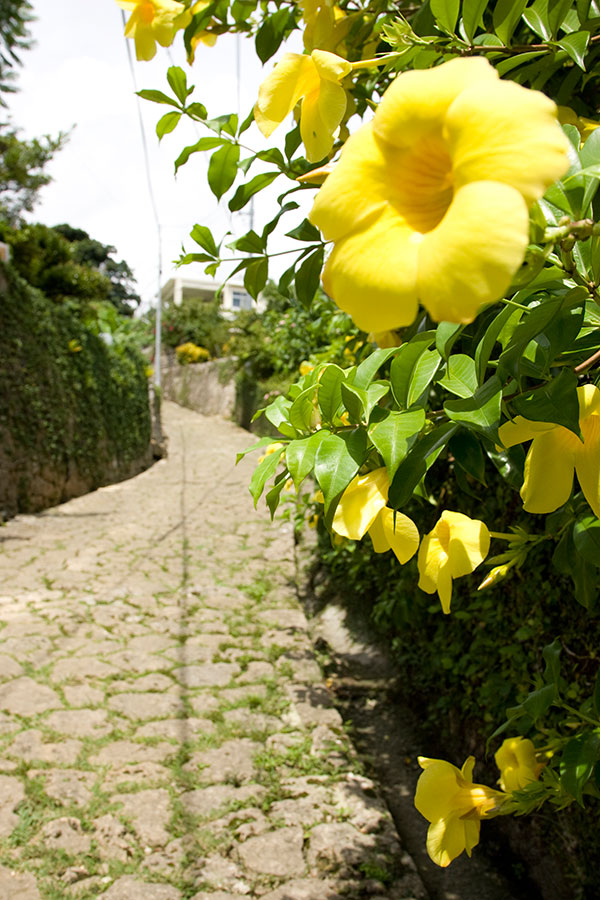 The stone-paved street of Kinjo-cho: This cobblestone lane was constructed in the 16th century as a main street. 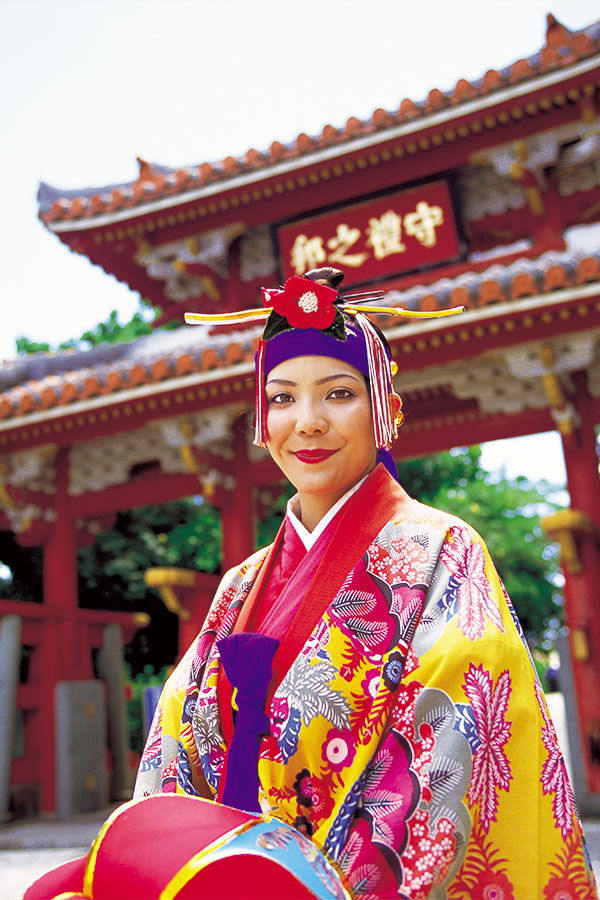 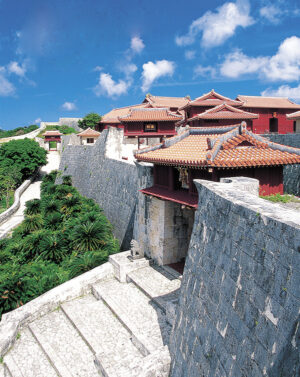 Perfect place to dress up in Ryukyu clothing
There are several concessions in the vicinity of the Shureimon Gate at Shurijo Castle where you can dress up in traditional clothing from the Ryukyu Kingdom era. Rentals run from 2,000 to 5,000 yen (including a photograph taken by a professional photographer with a local model also dressed in Ryukyu costume). Type of costume: Simple long coat called a haori and hat called a hanagasa.