In the days of the Ryukyu Kingdom Okinawan women used to do their hair up with jiifaa, or traditional silver hairpins. Kenji Matayoshi, a descendant of a family that worked silver for royalty, is an artisan called a kugani-jeeku, one who makes jiifaa of the old days. Kugani-jeeku in the Rykyuan language is transcribed as “goldsmith” in kanji, but kugani (gold) is also a general term for metals, and Matayoshi specializes in silverwork in particular. Although the traditional technique of silverwork had almost disappeared after the upheaval of World War II, the subsequent U.S. occupation of Okinawa and its reversion to Japan, the technique was revived by Matayoshi’s predecessor in the 1960s, and silverwork such as the jiifaa, the fusa-ring and the musubi-ring one again came into being. Matayoshi is the heir of such Ryukyuan silverwork. Every day at his workshop in Shuri you can hear the sound of him beating silver with a hammer. 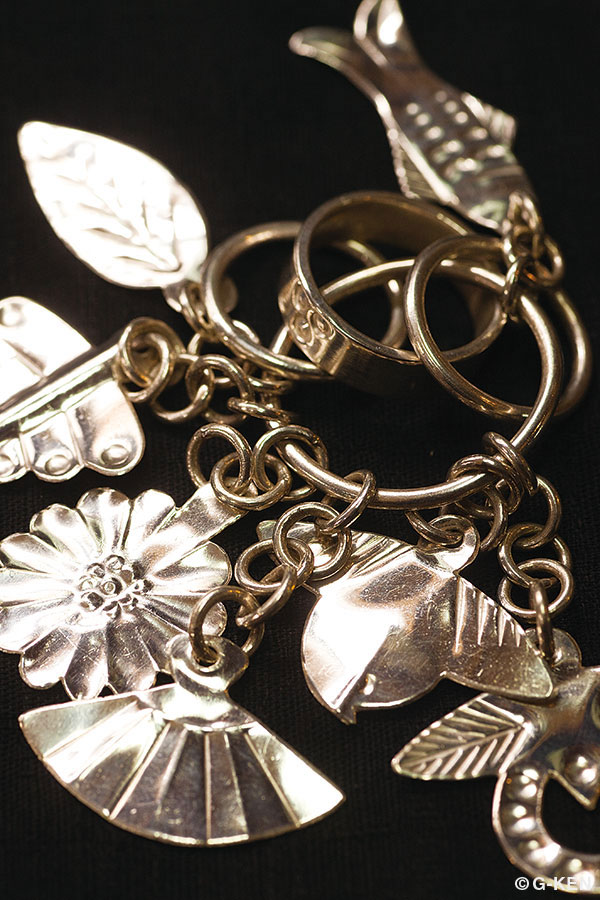 Fusa-ring
A ring for wedding ceremonies.

The round part of a jiifaa resembles a face, and the thin part the waist of the female body. The jiifaa used to be a must-have for women who did up their very long hair (karaji), almost reaching to the hips. A Ryukyuan woman used the same jiifaa every day of her life, and it was considered an extension of herself. The traditional Ryukyuan hairdo is called a kanpuu, and the jiifaa was inserted into the hair from the bottom, leaving the round part exposed.

A ring made with two thin silver ropes tied together. Many couples find the tied silver ring to be a symbol of the joining of man and woman and purchase them for engagement rings. 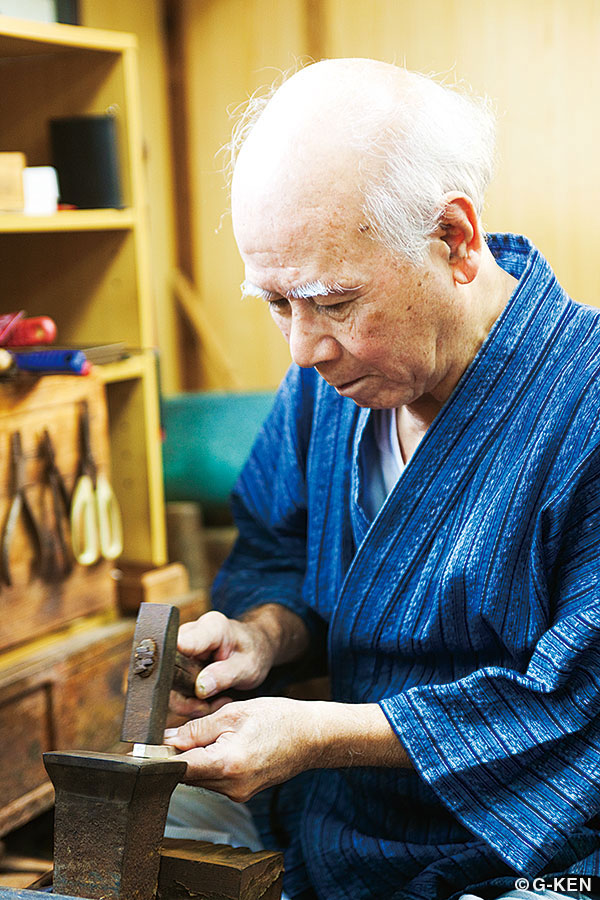 Little by little, a chunk of silver measuring approximately 8 mm x 5 cm is embossed and beaten with a hammer. Silver products get tarnished after a while, but Matayoshi says, "Tarnished silver with its dull sheen also has a charm of its own." 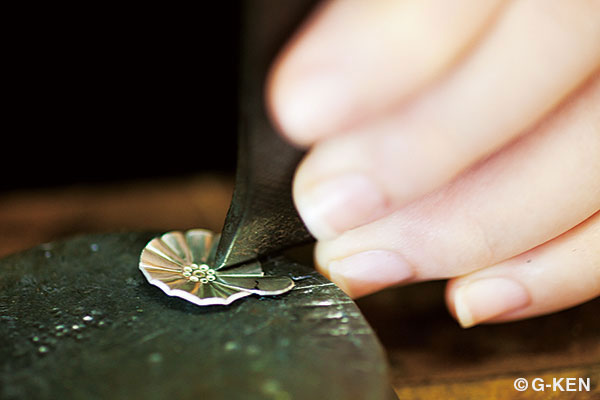 Matayoshi's silver accessories can be purchased at his workshop as well as at Keystone on Kokusai St. in Naha.
(Jiifaa are produced on a made-to-order basis only.)