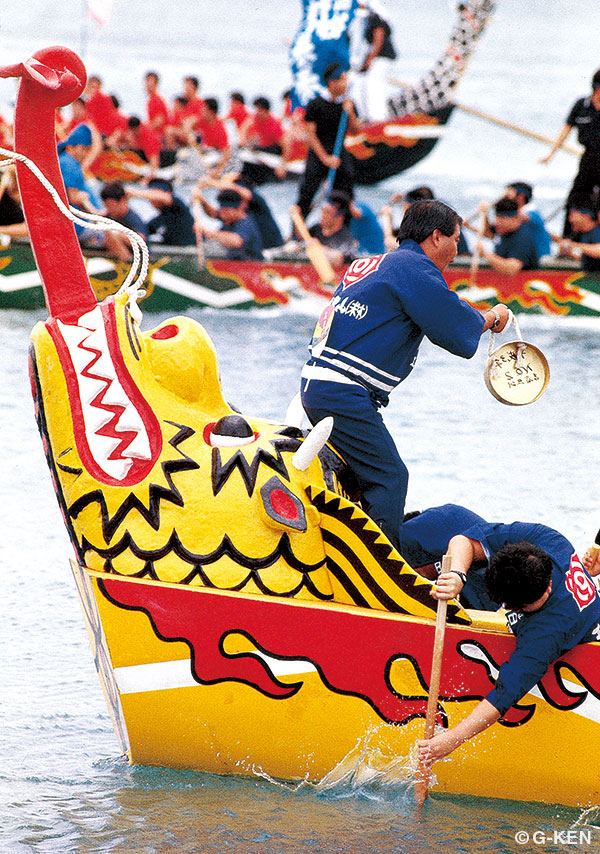 Haarii (dragon boat races) are festivals held to pray for a safe voyage and a good catch and to thank the sea for its blessings. Fishermen compete against each other during haarii in sabani (small dragon-shaped fishing boats). Haarii, which have been held by fishermen in Itoman City and Naha City for hundreds of years, are traditional events celebrated by people who live with the sea. Viewing the haarii of today is like watching the fishermen of old who used to cross the seas of Asia in their small craft.

While most haarii, from Itoman to the northern part of the main island as well as on Amami, Miyako and Yaeyama, are held on the fourth day of the fifth month of the lunar calendar. (between late May and early June), only the Naha Haarii is scheduled earlier, May 3-5, during a succession of national holidays called Golden Week. For the race 11 or 12 crewmembers, including oarsmen, a helmsman and a drummer, maneuver sabani boats. Although sabani may not look very resistant, between the mid-Meiji period and World War II fishermen from Itoman used to travel in sabani across a vast area from the Pacific Ocean to the Indian Ocean in search of a good catch.

Haarii are impressive and exciting because the spirit of the ancient Okinawans, who once maneuvered sabani with their skill and bravery and crossed the mighty ocean, can be felt once again. 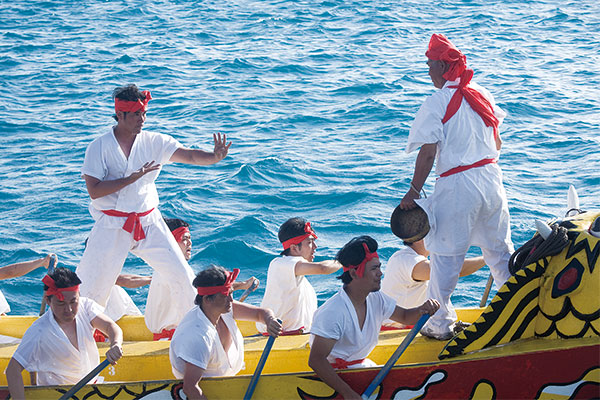 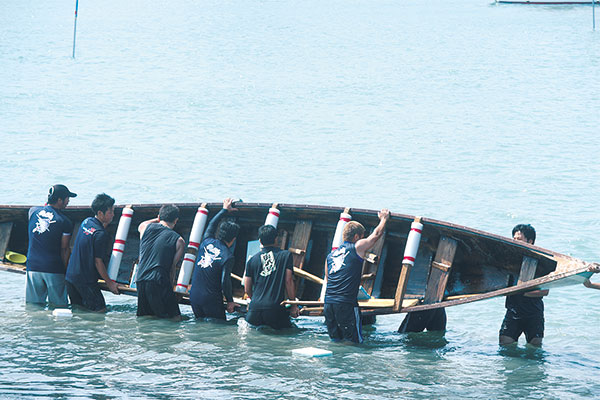 Details of haarii vary from region to region. The ugan haarii is held to pray for a safe voyage and a good catch, and in the shokuiki haarii teams arranged by occupation compete against each other. One unique form of haarii, called tenpuku baarii, involves a display by the participants in which they intentionally capsize their boats in the middle of the race and immediately right them to resume racing. 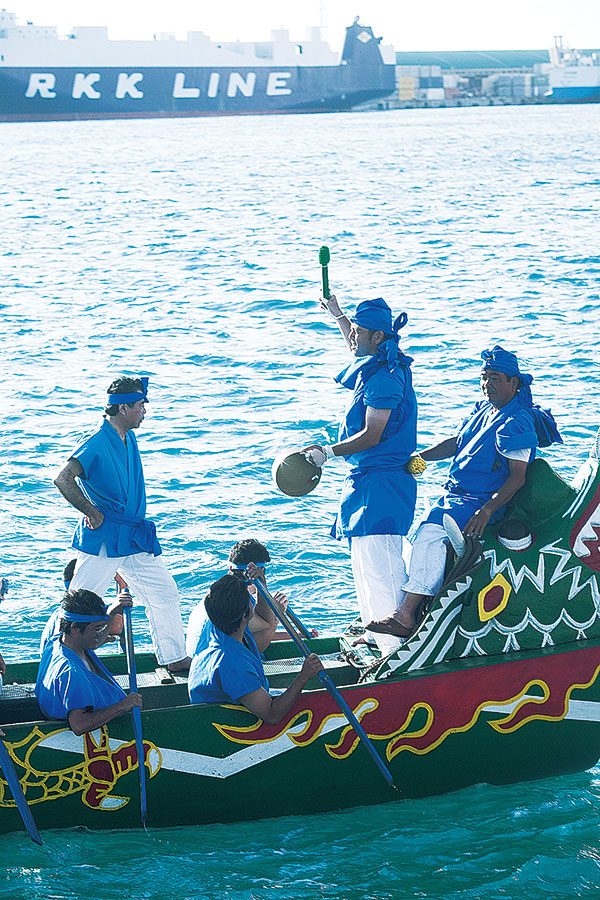 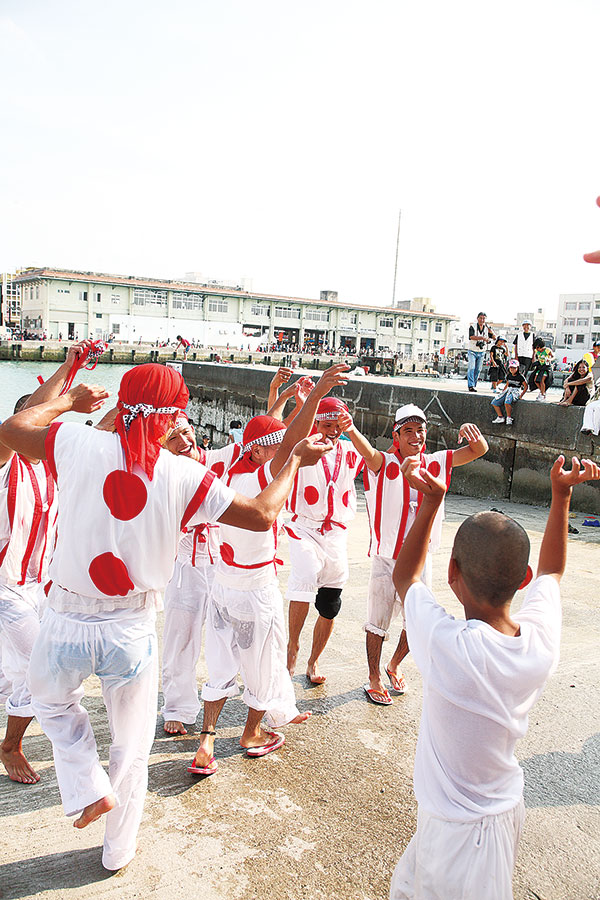 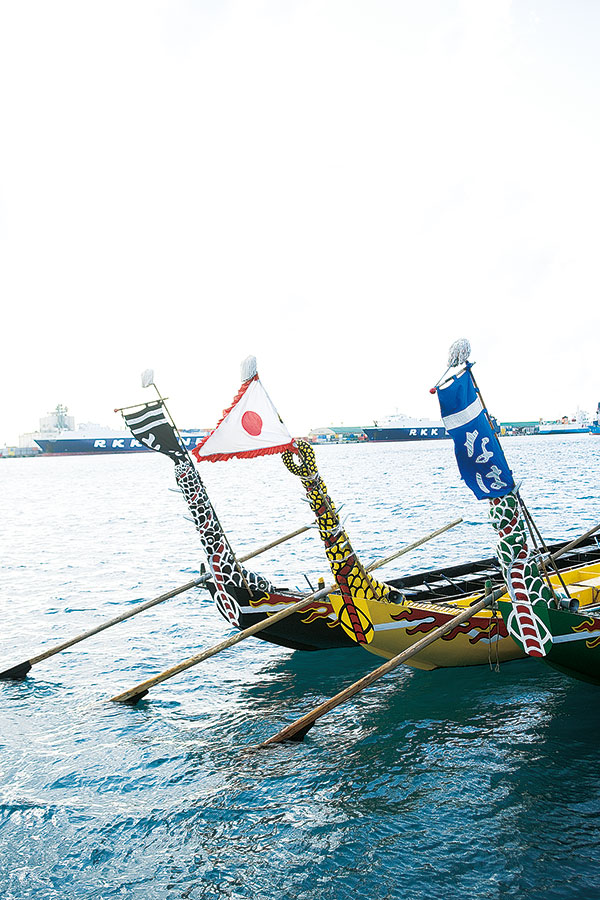 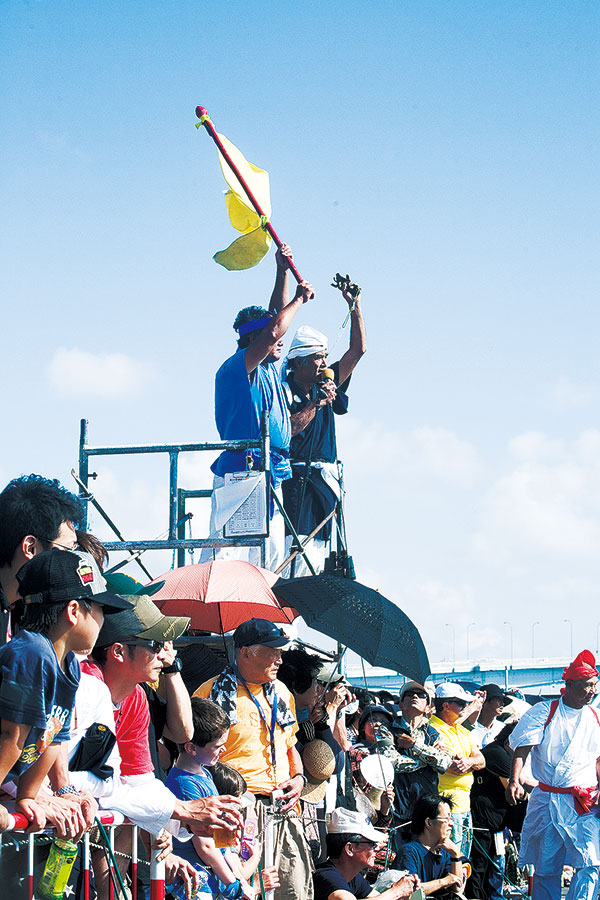 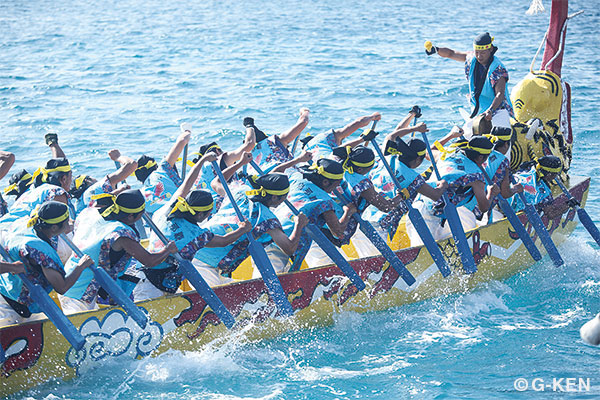 Known as the biggest haarii in Okinawa, the Naha Haarii is the main feature of Japan's Golden Week. Haarii races are held on the first and the third day of the festival. Visitors have the opportunity to take a ride on a dragon boat on the second day, when no races are staged (application at the site), while the ugan haarii and the hon haarii are scheduled for the third day. Music concerts, folk performances and fireworks will entertain visitors for three whole days. This event hosts over 200,000 spectators every year including a large number of tourists from mainland Japan and overseas. 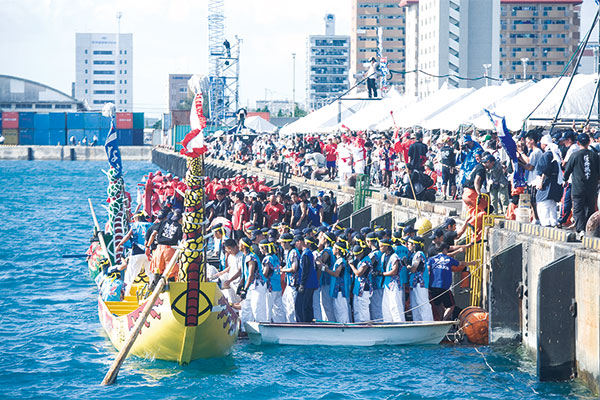 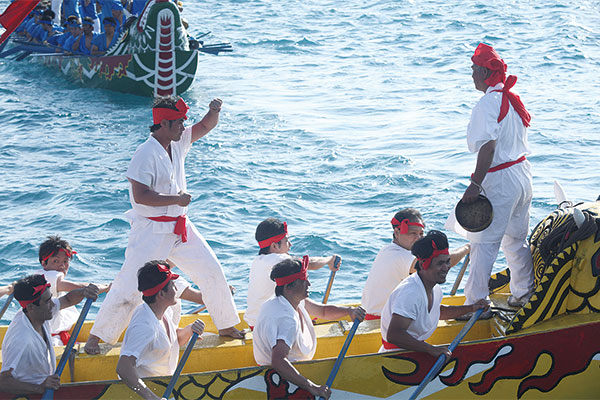 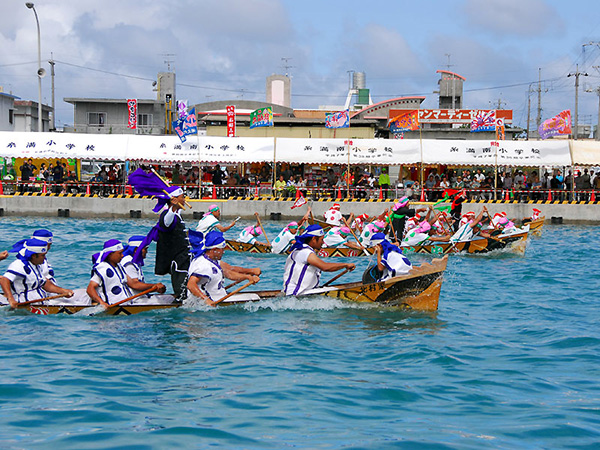 This haarii takes place every year on fourth day of the fifth month of the lunar calendar in Itoman City, where fishing is a major industry. Boasting a 500-year history, the Itoman Haaree (haarii ) is characterized by the enthusiastic cheers from crowds of spectators that reflect the strong local color of Uminchu. 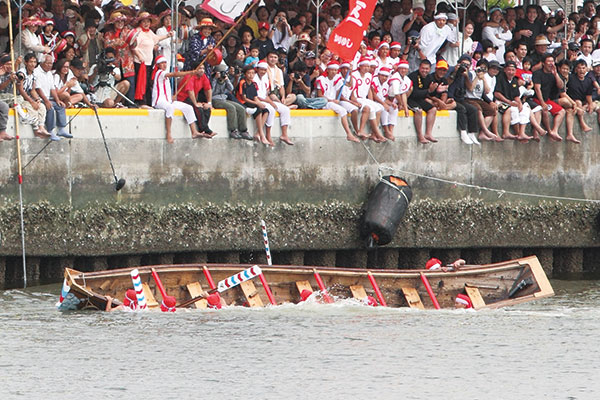 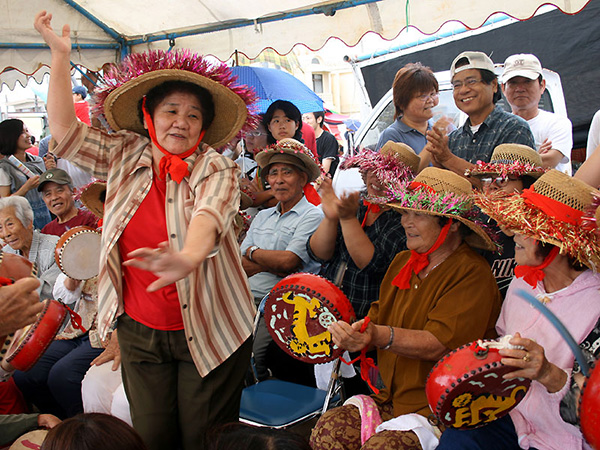