Bokunen’s world: An expression of reverence for nature 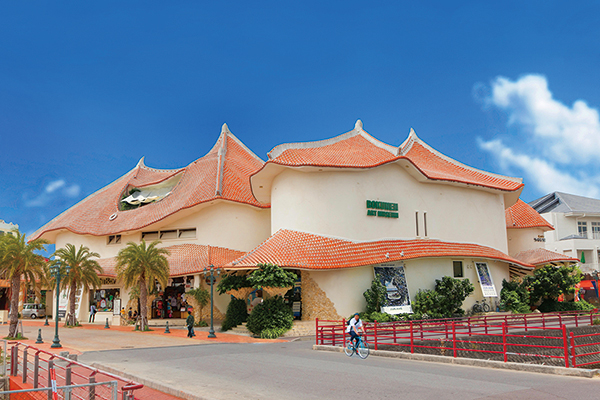 Bokunen Naka is a woodblock print artist who was born on Izena, an island with deep ties to the Ryukyu Kingdom. His artworks displayed in Bokunen’s World (Bokunen Art Museum) are not only characterized by vibrant colors that are typical of a subtropical island but also express – sometimes gently and sometimes dynamically – a spirit that cherishes the islands of Okinawa and the natural environment that exists there.

Bokunen’s production process is very interesting. He seemingly tries to concentrate his mind by praying in the direction of a woodblock while standing in front of his workbench, but after a while he quickly draws an outline with a brush and starts carving the woodblock with a chisel. Sliding his chisel speedily over the woodblock and carving it as if he were being urged on by some invisible force, Bokunen breathes life into the woodblock in the blink of an eye. As soon as he carves out the image in his mind, he spreads India ink on the woodblock and presses it on getto (shell ginger) paper and then turns the paper over to imprint his design with vivid colors, finally completing the piece. His works are quite detailed, with many of them depicting the blessings of nature that exist in the sea and on land, and he can clearly see the end result of his design, which is inverted when printed. He does not determine the theme at the beginning or even prepare an initial sketch but rather visualizes in his mind what he has seen before. His works are born when the scenes that have been completed in his subconscious flow out. Bokunen refers to this as a process of “pulling out pictures from drawers in my mind that are filled with many pictures.” 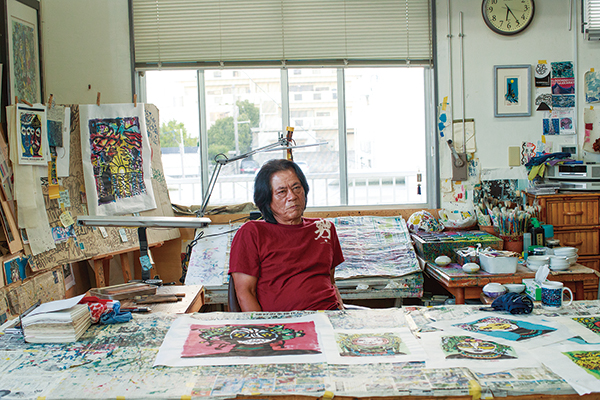 Bokunen's grandmother was a well-known kaminchu (woman with exceptionally high spiritual power) on Izena Island. He says that as he was interested in how the kaminchu conducted solemn ceremonies, he often climbed trees in his early childhood to secretly watch what was going on. Bokunen was a nature-loving boy who would immediately climb any tree he happened to find. He says that even today he still climbs trees in the mountains to commune with Mother Nature. Perhaps he pretends to be a stone, listening attentively to various sounds of nature, feeling them with his five senses and storing various records in the memory banks of his mind. The “Ki no Musume” (Tree Daughter) series is a group of recently created works reflecting a new aesthetic and expressing Bokunen’s world, which has indeed evolved through his dialogue with Mother Nature. At the Bokunen Art Museum in Chatan Town, it is possible to see these woodblock prints that convey the realistic sensation of hearing the voices of spirits or living things. Through his artworks visitors are encouraged to experience the attractive features of Okinawa such as the starry sky, scorching sun and sparkling sea illuminated by sunlight. 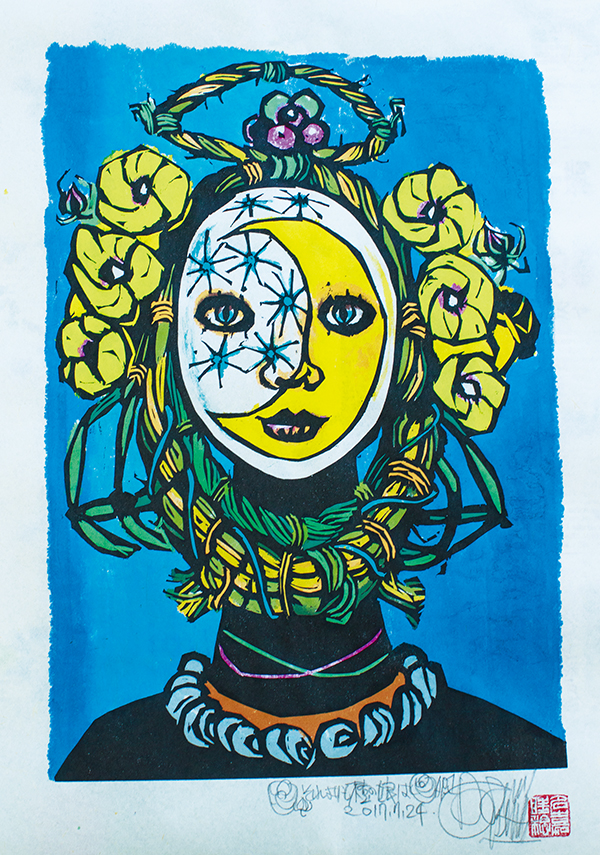