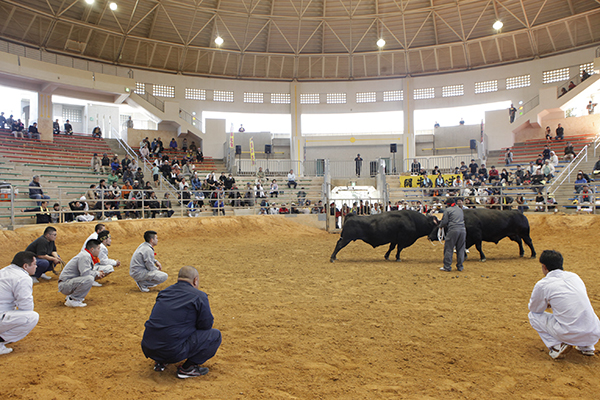 Uruma City is one of the Okinawan municipalities that strive actively to maintain the island's bullfighting tradition. Bullfighting is enjoyed by people of all ages. Bullfight Soldier Waido, a local bull-motif superhero, contributes to making this traditional activity more familiar especially with the young generations.

It takes a lot of care and expense to raise a calf to become a fighting bull. Usually, the fighting bulls make their debut at the age of 4-5. Once, there were hundreds of fighting bulls in Okinawa. Although the number has dropped gradually, local bull owners, trainers and bullfighters are enthusiastic about the tradition and often dedicate their lives to it. When outside the ring, the animals are rather calm, and it's heartwarming to see them being well loved and taken care of by the owner.

Here we would like to provide you with information about the local bullfighting scene while introducing you to some exciting features of bullfighting including techniques and also the typical day of a bull trainer and caretaker. You've never seen a bullfight before? The Yayoi Bullfighting Derby to be held this weekend is perfect for your first bullfighting experience. Don't miss it! 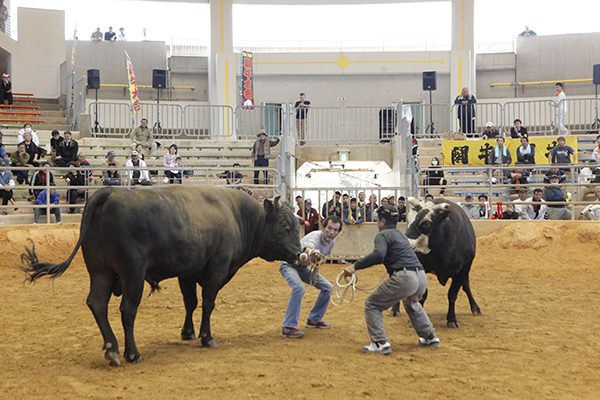 At smaller-scale bullfighting events, you will have the opportunity to witness young bulls making their debut, and their owners and handlers cheering them on with shouts of “aiyaa aiyaa.” 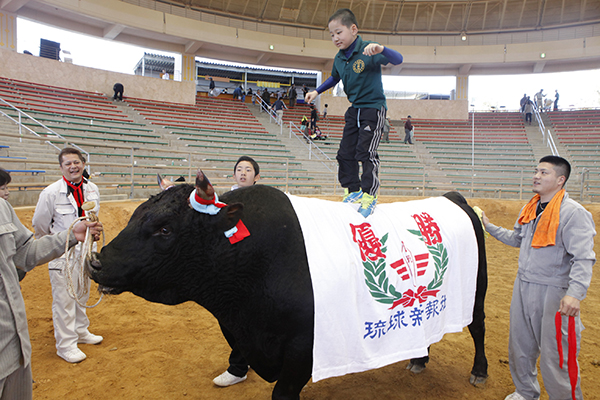 The winning bull, surrounded by its handler and the owner’s family, exudes an air of confidence. 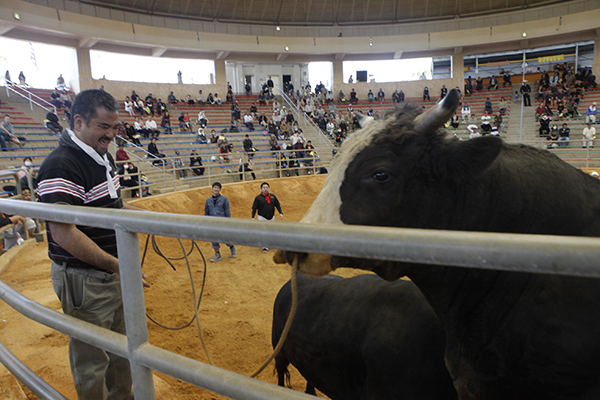 Sometimes the bulls continue their pushing and shoving near the edge of the ring for several more minutes. The match finally comes to an end when one of the bulls loses its competitive spirit and stops fighting.

This is footage of a smaller-scale bullfighting event. The dome's stands are completely packed with spectators during bigger tournaments. 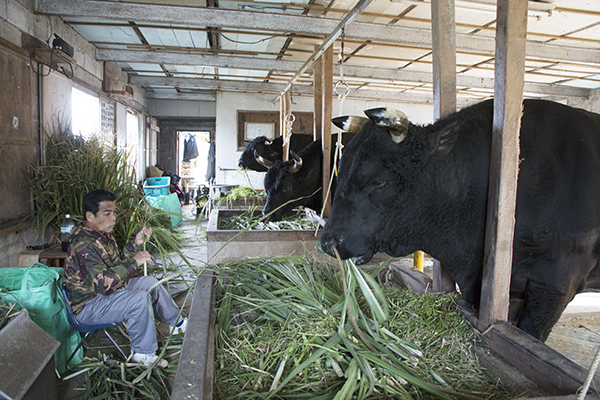 This is a bull owned by Kuniharu Miyagi and looked after by Mr. Noborikawa and his son. Usually, Mr. Noborikawa starts sharpening the bulls' horns a few weeks before a tournament and also creates a less stressful environment for them in order to prepare for the day both physically and mentally. An experienced bull trainer, Mr. Noborikawa says veteran fighting bulls know immediately that a tournament is near as the horn sharpening process begins, and he can see them start preparing themselves mentally for the tournament. Mr. Noborikawa and his son have dedicated their lives to taking care of the bulls; they come to this shed every day after work and spend all day with the bulls during weekends. They say, smiling shyly, that they really enjoy taking care of the bulls. 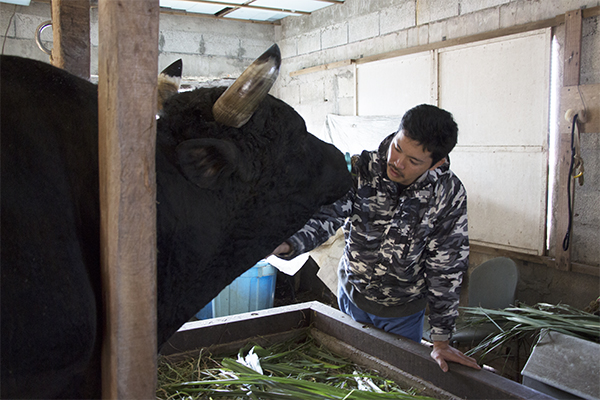 Kyokushin Arashi, 800kg. He is one of the favorites to win the tournament, and he'll fight in the fifth match on Sunday. 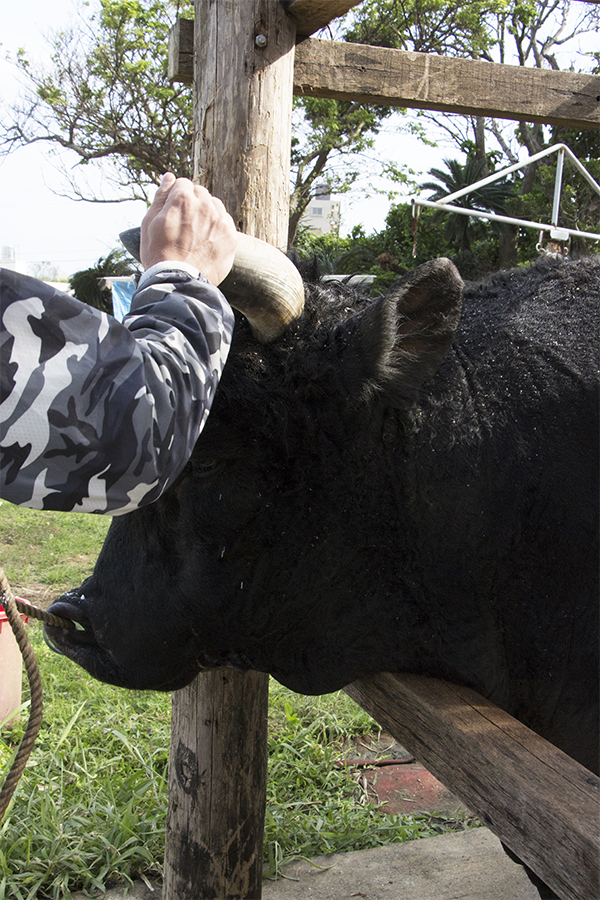