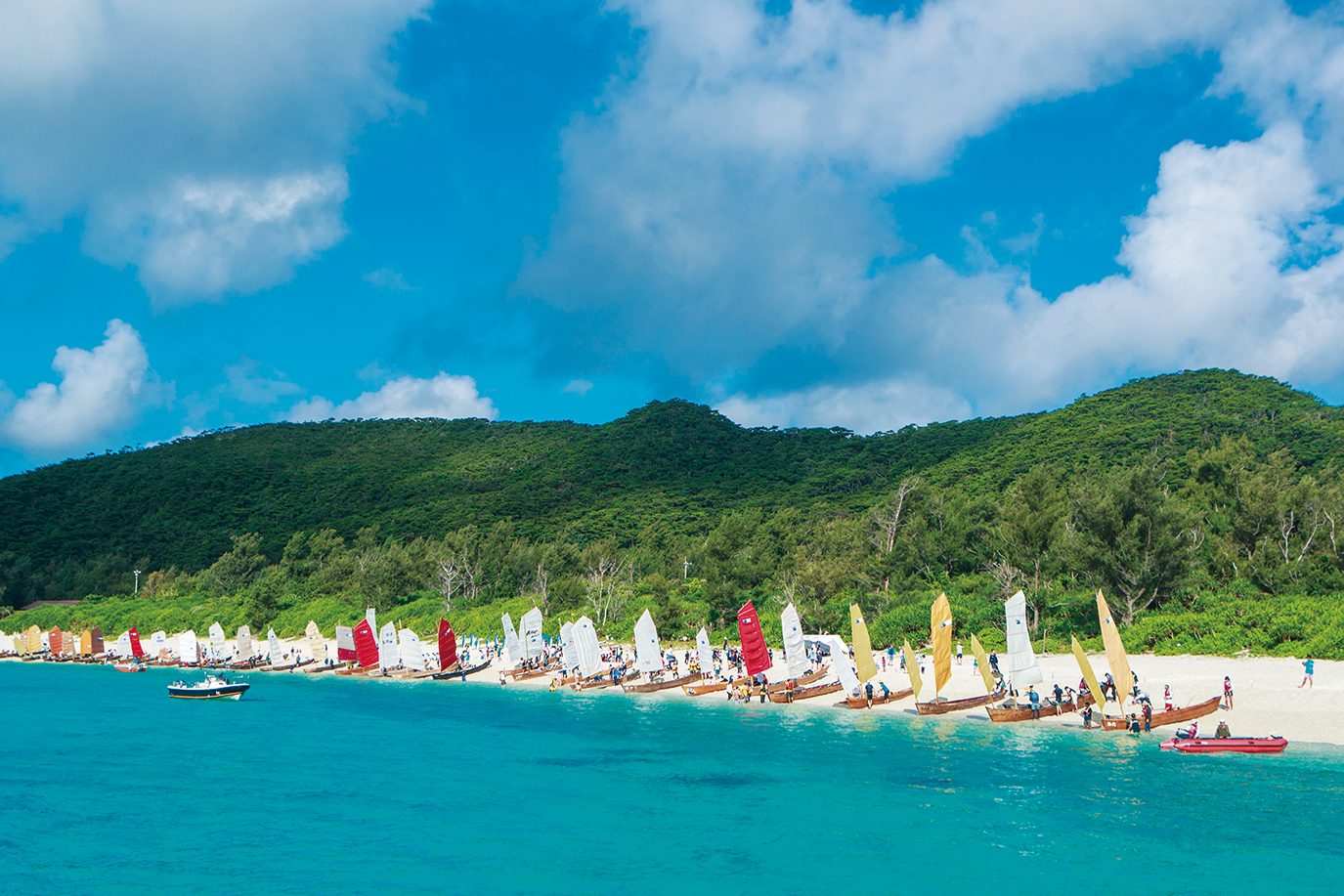 Each team prepares for the race, practicing for a whole year. The boats must be between 4.5 meters and 9 meters long and 1.5 meters wide. Except for floats and outriggers for the sake of safety, the rules of the race require the boats to have the form of a classic sabani and to reach the goal within the designated time limit, relying only on the wind and the paddlers’ muscles.

In any age, the ocean has served as a large cultural and economic artery linking people together. The emergence and development of the Ryukyu Kingdom during the 14th through the 16th centuries came about largely due to trade as well as political and cultural exchanges with foreign countries through boats. Without boats, there would have been no trade. Wooden sailboats called sabani were also indispensable to Okinawan fishermen. However, with the introduction of engines in the postwar era, the demand for sabani sailboats rapidly declined. There are now only a handful of sabani craftsmen, and the skill required to maneuver these boats has also started to disappear. Feeling a sense of crisis, people started calling for the passing down of the sabani culture to future generations

What has contributed to this cause was the Sabani Sailing Race, a 36-kilometer race from Zamami Island to Naha, which started in 2000. It is now held every year immediately after the end of the rainy season when southerly winds start blowing, around the time of the summer solstice. Yoji Mori, the owner of Kaiso, a local shop themed on the ocean and nature that sells such items as T-shirts and sundry goods, came to learn about fukaki sabani (sabani with a sail) as a result of this race. He entered the race as Team Kaiso, which has won the race 11 times. The 18th Sabani Sailing Race held in 2017 turned out to be a very tough contest with only three teams managing to reach the goal. Mori’s team again won, reaching the goal in six hours and 30 minutes. 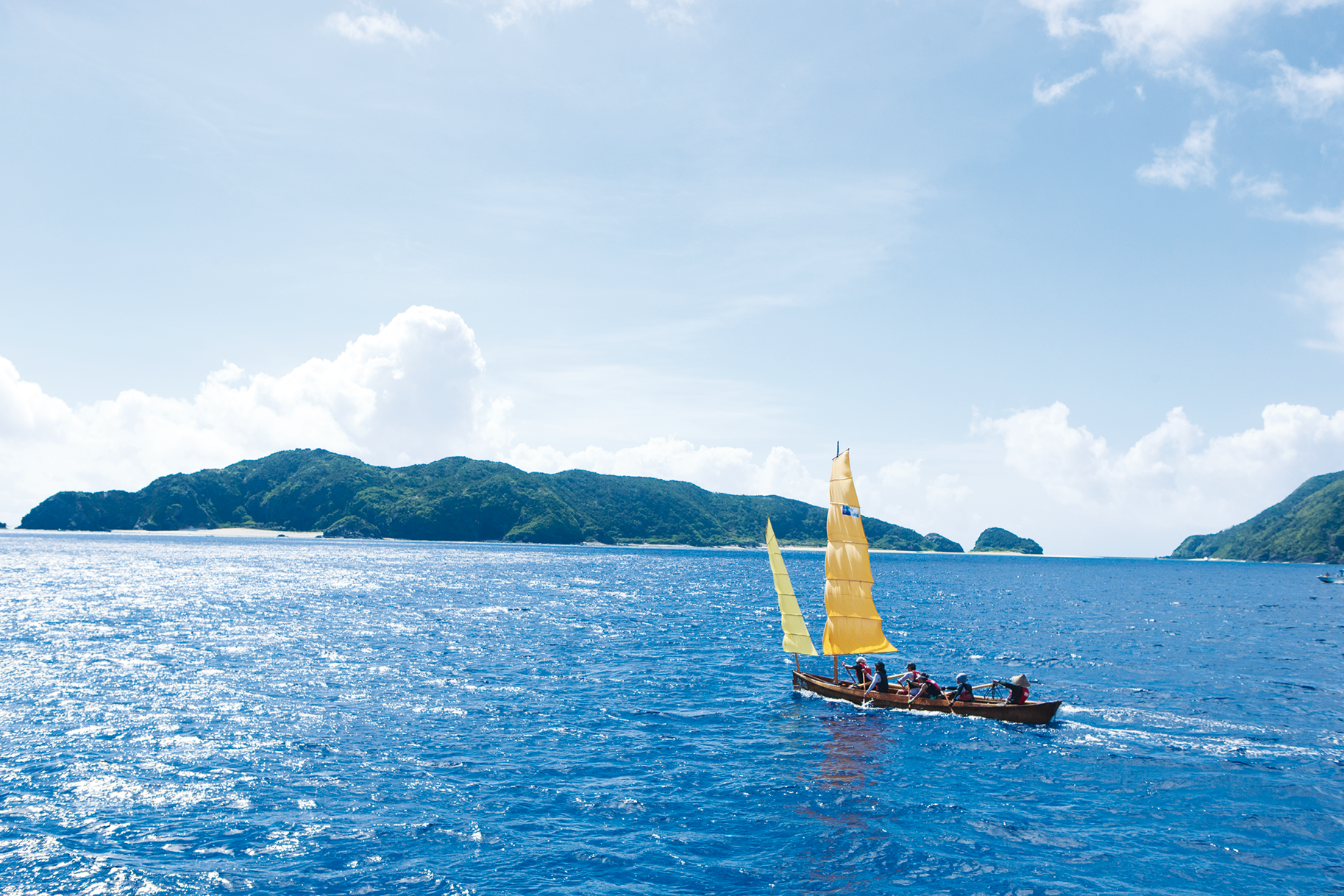 When the wind is blowing, a sail is hoisted, and the sabani is steered by controlling a rope that extends from the mast toward the back of the boat. When there is no wind, the sabani is steered by using oars called eku. In the past, when a boy was born to a fisherman’s family, it was customary to plant a tree called an iku (Ternstroemia gymnanthera), from which the oars are made. These oars served as lifelines at sea.