While a number of sacred sites called utaki are scattered around the island, Seifa Utaki is the most sacred such site in Okinawa and is said to be one of the seven utaki fashioned by Amamikiyo, the god who created the Ryukyus. Seifa Utaki served as a central place for ancestor worship, animism and national festivities in the days of the Ryukyu Kingdom. Women played a pivotal role in Ryukyuan spirituality, and men were not allowed to enter this sacred area. The Kikoe Ogimi was the highest ranking shaman, or noro, and Seifa Utaki was the place where the Kikoe Ogimi was installed. In the present day the site is visited by both men and women. After passing through a triangular tunnel called the sanguui, formed by two huge rocks supporting each other, you will reach a prayer site overlooking Kudaka Island, known as the island of the gods. 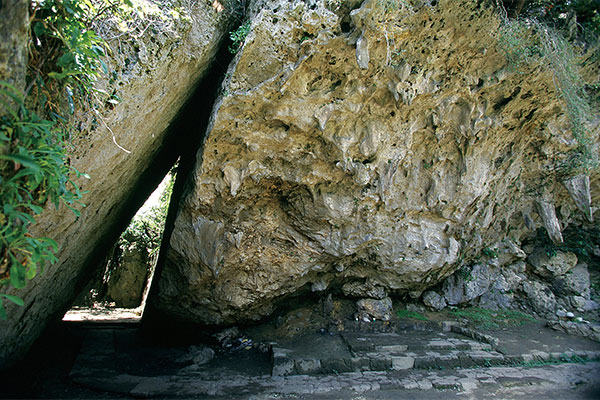 One of seven utaki (sacred sites) in Okinawa, Seifa Utaki served as a central place for ancestor worship, nature worship and national festivities in the days of the Ryukyu Kingdom. Seifa Utaki has been designated a UNESCO World Heritage site.