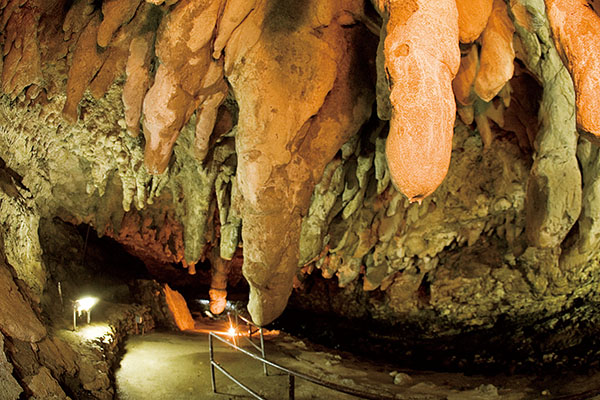 Ikiga (“man” in the Okinawan dialect) Cave, where people go to celebrate a new life and pray for the good health of children, was formed naturally taking a seemingly endless amount of time. 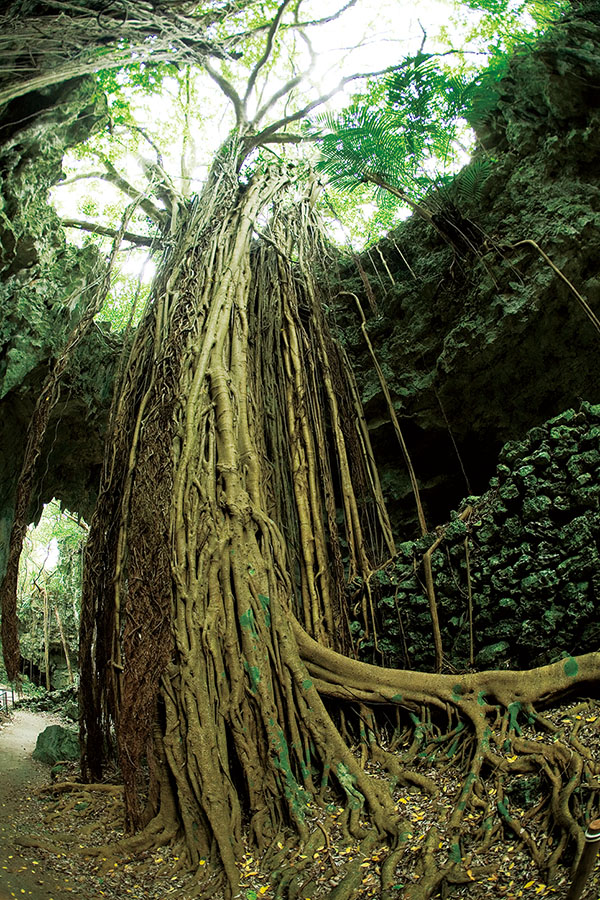 In Okinawa, the banyan is said to be a sacred tree that hosts spirits. This intriguing sight can be only found at the Valley of Gangala: The roots of a mature banyan on top of the cliff extend down to the valley floor.

Opened to the public in 2008, the Valley of Gangala is a limestone cave created hundreds of thousands of years ago that is becoming increasingly popular as a spiritual place. Excavations are currently being conducted in these ancient caves that dot the lush subtropical forest and that are believed to have been the dwelling site of human beings who existed some 20,000 years ago. Structures dating back thousands of years have been found at this site, and visitors will feel themselves transported back to prehistoric times. A giant banyan tree estimated to be 150 years old, the ancient cave and valley-like formations resulting from the collapse of limestone are nestled in rich natural surroundings. Live events and photo exhibitions take place at the adjoining Cave Café, the departure point for tours to the valley. This place is highly recommended for those looking for the opportunity to experience an extraordinary natural phenomenon. (Admission allowed for group guided tours only with reservations required. The tour lasts about 80 minutes.) 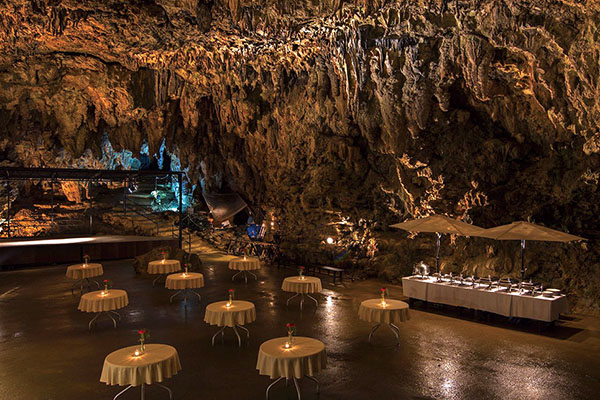 Cave Café
Some “unique” evening events have been held at this curious café located inside a cave, which is available for rent.

Unearthing the mysteries
In 2004, ornaments made of shells, tools and human bones were found in geological layers dating back about 2 million years in the Sakitari Cave, which houses the Cave Café. This was the first time that such items were discovered at a Japanese paleolithic site and the earliest instance in Japan of tools used by the people of that time being found along with their bones. In addition, one of the world’s oldest fish hooks that was made 23000 years ago, made by shaving off and polishing the bottoms of shells, was also discovered here. Since the bones of such fish as knobsnout parrotfish and giant mottled eels were also excavated, it is speculated that these hooks were made from the bones of these fish.