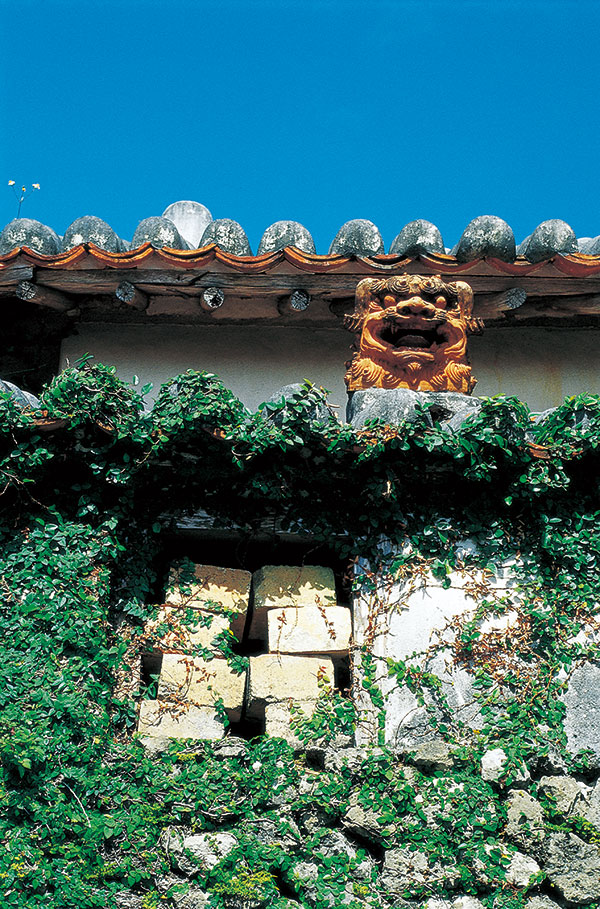 The traditional Okinawan guardian of the house

A typical sight in Okinawa is that of a shisa sitting on a red tile roof against the bright blue sky. Shisa are placed not only on the roofs and at the front doors of houses, but also at the entrances to villages and buildings throughout the island.

In the late 17th century the village of Kochinda, located in the southern part of the island, was the victim of continuous fires. Since placing shisa at the entrance to the village, there hasn't been a single fire in the village. As shown in this story, shisa, used as a talisman against evil spirits, are an indispensable element in the lives of Okinawans and are highly revered on the island, the religion of which is based on nature worship.

A pair of shisa is very much like the Nioh, the two guardian god statues standing on either side of the gate of some Buddhist temples. The male shisa, with an open mouth, wards off evil spirits, and the one with a closed mouth, a female, keeps good spirits in.

Shisa are one of the most popular gifts and souvenirs from Okinawa. From glazed and unglazed pieces for indoor display to traditional ones made of plaster, various types of shisa are produced on the island. While traditional shisa usually have a stern expression to guard against evil spirits, shisa with humorous faces and in unique poses are also available. Miniature shisa are perfect for souvenirs, and those measuring over 30 centimeters in height are ideal for placing at the front door of a house. Prices widely vary between factory-made shisa and completely handmade pieces. Among the large number of shisa displayed everywhere on Okinawa, there is sure to be one that suits your taste.

Along with shisa, ishiganto are famous Okinawan talismans used to ward off evil spirits. Ishiganto stone monuments and plates are commonly found on the walls outside many houses and buildings as well as at T-junctions and forked roads to guard against evil. It's believed that evil spirits travel in straight lines and that they are smashed to pieces when they hit ishiganto stones. 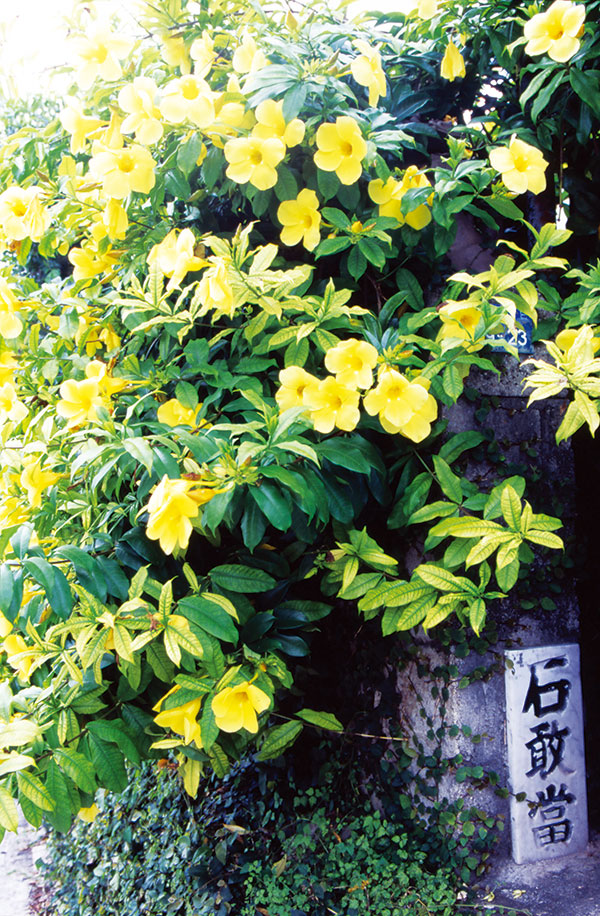