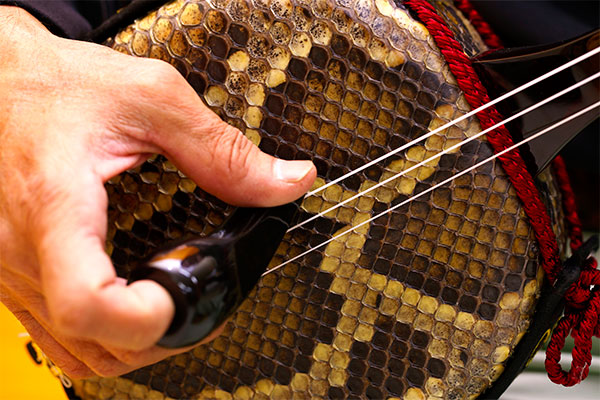 Okinawa has long been renowned for its performing arts and is especially famous for its traditional folk songs and music. This is still true today, and these southern islands are the only part of Japan where the people’s music still plays a vital role in everyday life. This situation can be traced back to the days of the Ryukyu Kingdom, when the sanshin – the three stringed banjo-like instrument found in almost all Okinawan folk music – was introduced from China, then modified by the Okinawans and taken up by the nobility. After the abolition of the Ryukyu Kingdom, the sanshin spread to the ordinary people and became the preferred instrument to accompany their songs.

By the 20th century the now familiar sounds of Okinawan traditional songs (minyo) as well as the more modern folk songs known as shimauta began to be recorded, and the first stars of Okinawan music came into being. Among the important early singers was Rinsho Kadekaru, who went on to record hundreds of traditional songs before his death in 1999 at the age of 79. He became so well known that after jukeboxes were introduced to Okinawa his singles could be found there alongside the likes of Elvis Presley. Clubs where singers could perform also began to appear, while many ordinary people continued to play and sing the songs at home and in schools. Nowadays the sound of the sanshin can be heard all over the Ryukyus, and a walk up Naha’s Kokusai-dori will likely end in its familiar tones seeping out from shops, cafés and bars, and in more rural areas from people’s homes.

Most Okinawan minyo have no known author, but many new shimauta are still being written every year. Okinawan music includes many old work songs, heartrending ballads and lively kachaashii dance tunes as well as more modern experiments which are often the result of overseas influences. The songs also vary greatly from island to island. In addition to Okinawa itself, the outer island groups of Miyako and Yaeyama as well as Amami to the north all have their own distinctive songs and individual sounds.

The music of Miyako is notable for its plaintive, beautiful melodies, and these have been recorded most successfully by Genji Kuniyoshi, who is now in his 80s but still active. Among the most respected singers from the Yaeyama Islands are Tetsuhiro Daiku and Yasukatsu Oshima, who have both recorded many albums. Oshima’s most recent CD was an unusual experiment in recording Okinawan songs together with American jazz pianist Geoffrey Keezer in New York. Of course, there is also eisa music everywhere, which is guaranteed to impress foreign visitors. Eisa is the colorful traditional dancing and drumming that takes place in the streets and accompanies the summer festivals held in Okinawa, beginning in July, when ancestors are said to return.

Among the many hundreds of traditional songs to listen out for are Okinawa’s most representative song “Nakuni”; the much-loved children’s song “Tinsagu nu Hana”; the playful and popular “Asadoya Yunta”; and the lively “Toshin Doi,” which gets everyone on their feet to dance at the end of a party or performance. The song “Tubarama” from Yaeyama even has its own annual contest on Ishigaki Island to discover the best singer of the song. Today one of the most important singers still performing is Sadao China. In the 1990s he became famous in world music circles overseas as the producer and songwriter of the four-woman group Nenes, whose mix of traditional and modern sounds became extremely popular. In 2009 China’s own project Shimauta Hyakkei was a six-CD box set in which he sang 101 traditional songs from around the islands. It won a prestigious national record award in Japan and is proof that these songs are still very much alive.

In view of these islands’ often tragic history and its position as a former independent kingdom, the people rightly feel that they have a special culture and a vibrant music which is uniquely their own. 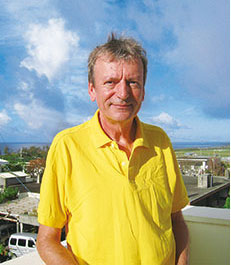 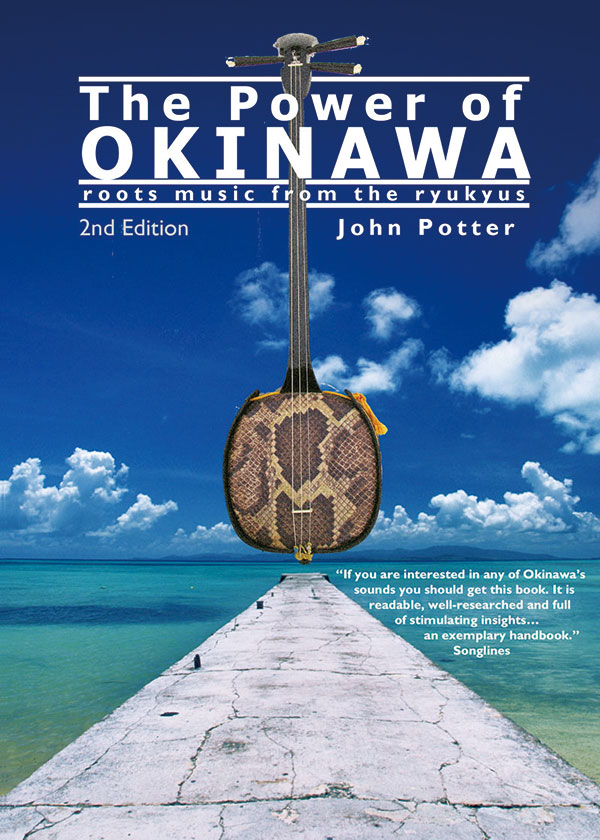 John Potter is from Norwich, England. Since moving to Japan he has lived in Kobe and in Mie Prefecture, where he was a professor at Kogakkan University for 11 years. In 2009 he took early retirement from his university in order to move to Okinawa. He writes on music, literature and education for various publications and also teaches at Okinawa University. He is the author of “The Power of Okinawa,” the first book on Okinawan music in English. When not listening to music he enjoys reading and watching football (soccer). John is married to Midori, and they have a son, Akira.