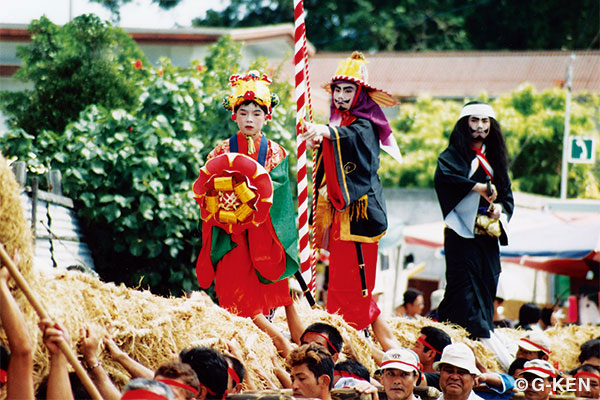 Witness one of the oldest tugs-of-war in Okinawa

Once recognized in the Guinness World Records for the dimensions of the rope used in the event, the Naha Great Tug-of-War is without doubt the king of tug-of-war events in Okinawa. However, Okinawa offers many more small and large tugs-of-war that are all worth checking out. The Itoman Great Tug-of-War, held annually on Aug. 15 of the lunar calendar (September) in Itoman City, is one of the most popular Okinawan tug-of-war festivals, using a giant 180-meter-long rope. After the opening ritual, where young locals disguised as heroes of Itoman's legends stare at each other on the giant rope, the tug-of-war begins in earnest. Itoman is known as a fishing village, and the down-to-earth personality of local fishermen and the locals' passion for this particular event can be felt in the Itoman Great Tug-of-War. 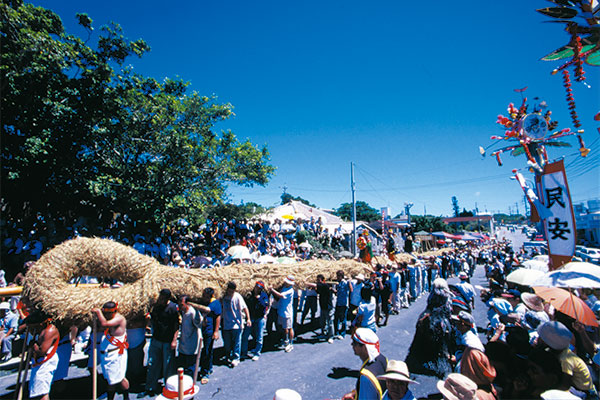 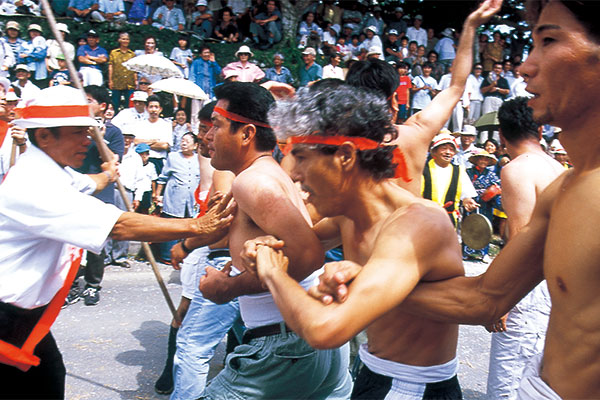 The Maezato Tug-of-War in Itoman's Maezato district stands out from other tugs-of-war on the island: It's a traditional event that has preserved the festival’s original form dating back more than 300 years. Held every year on Aug. 16 of the lunar calendar (September), the Maezato Tug-of-War attracts the attention of folk and cultural researchers from across the country.

Residents of the community are divided into East and West teams, presenting a spectacular scene of pulling the rope as well as engaging in a stick fight called gaaee, an important feature of this festival. After the tug-of-war, various traditional performances and a procession called michijunee take place. One of the best highlights during the event is the unique shishimai (lion dance) performance, featuring a story where the lion is bested by a monkey. The entire village is enthusiastic all day long over this event. Participants, all dressed in a traditional costume and makeup, are so serious that they could even get into a fight beforehand.

Although it's not as big as Naha Great Tug-of-War or the Itoman Great Tug-of-War and only people from the community can join in the competition, this event has its own particular characteristics and is highly recommended for anyone who wants a glimpse of a traditional cultural festivity. Since this is a strictly community-based event, visitors from outside are asked to be courteous and respectful of tradition. 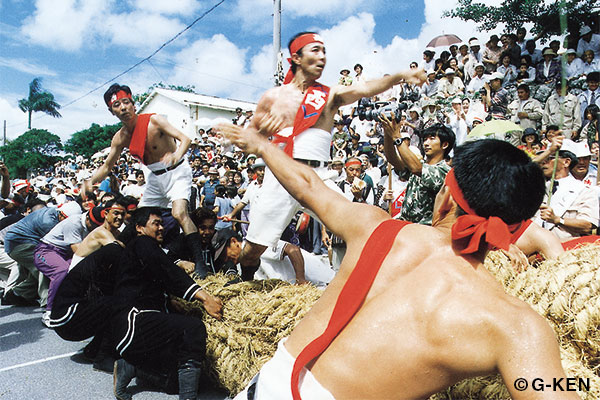 >>> Traditional festival for the entire community