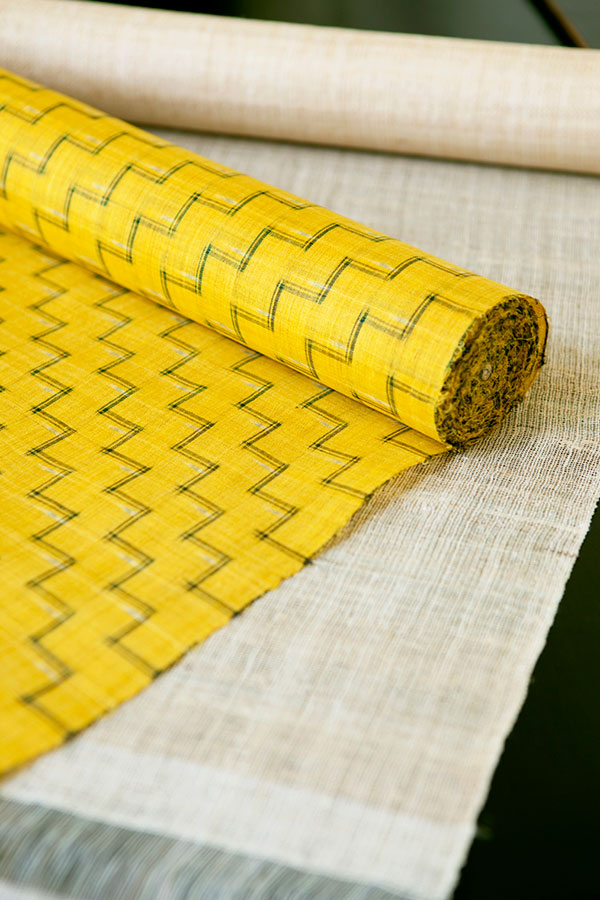 A beautiful textile made exclusively from natural materials

Basho-fu is a type of hand-woven textile made from 100 percent natural materials found on the island. Although basho-fu was commonly manufactured in various locations around Okinawa before World War II, the textile is now produced exclusively in the Kijoka district of Ogimi Village, a settlement in northern Okinawa known for its high life expectancy.

While a large number of Japanese cultural traditions and arts and crafts have faded away with time, this textile craft has continued to survive over generations and in 1974, it was designated an Important Intangible Cultural Asset by the Japanese Agency of Cultural Affairs. 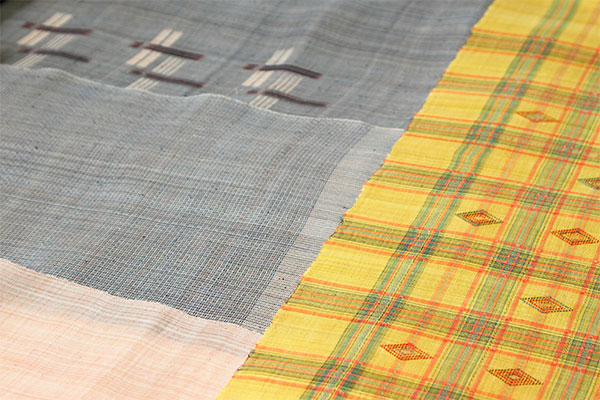 Basho-fu is made from fibers derived from itobasho (Musa liukiuensis) -- a type of wild banana commonly found in Okinawa. The fibers are extremely thin and delicate, which is why the production of basho-fu requires a longer period of time compared to other similar textiles. The beauty and strength of basho-fu is truly the result of the time and painstaking work of dedicated artisans.

During the days of the Ryukyu Kingdom, when Okinawa was an independent nation, basho-fu was used for royal attire and was often offered as tribute to the Japanese and Chinese governments. Because it does not stick to the skin even in the hot, humid weather of Okinawa, basho-fu was also a popular material for clothes worn by commoners.

The production of basho-fu includes growing itobasho, harvesting the fibers from itobasho, spinning, dyeing and weaving. All processes are done with the utmost of attention and care to create the best-quality basho-fu. 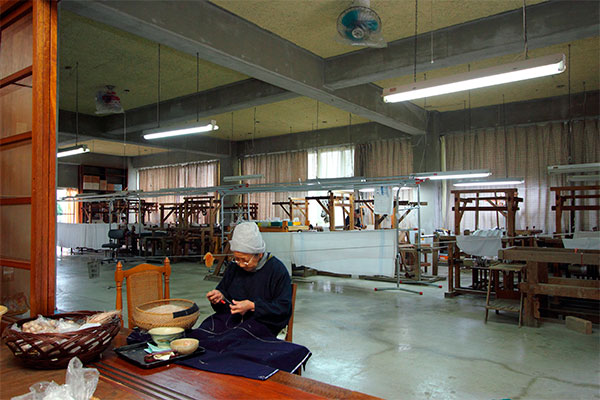 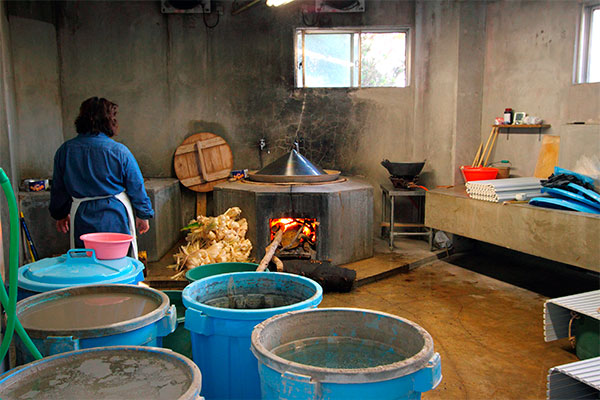 Every year, about 250 bolts of basho-fu are produced in Kijoka, Ogimi Village. Due to a decline in the number of itobasho plants and the aging of the village population, including the artisans engaged in creating basho-fu, the production of basho-fu has slowed in recent years. One of the major issues that the traditional craft is facing today is the decline in the number of people who are capable of hand spinning the fibers, a process known as u-umi in the local dialect. For the purpose of passing down the techniques of basho-fu production to future generations, the Kijoka Basho-fu Preservation Society, established in 1974 with Taira Toshiko as president, carries out a variety of activities to contribute to the preservation and fostering of this traditional craft. Taira Toshiko herself is a basho-fu artisan and also a Living National Treasure designated by the Japanese government in 2000. 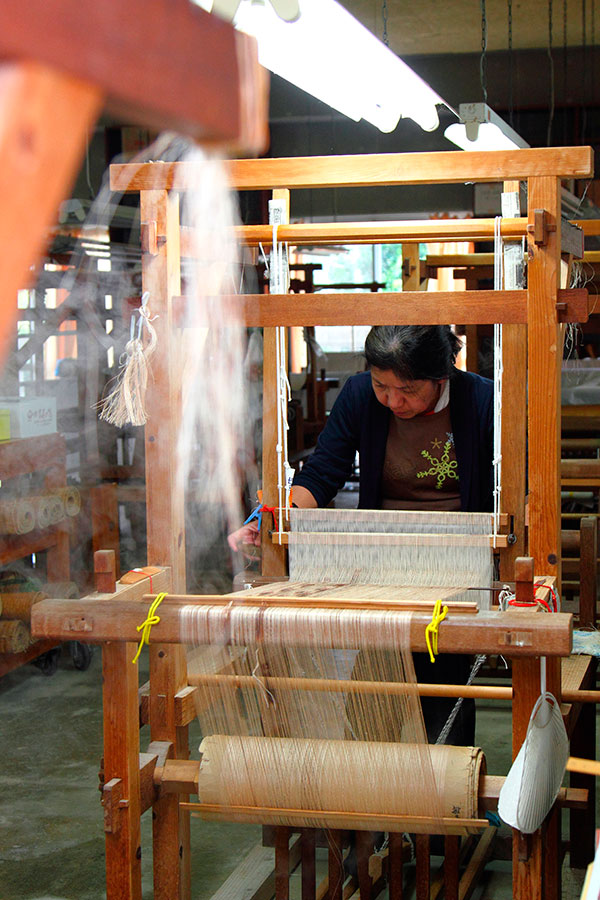 Basho-shi (basho paper) is another traditional craft specific to Okinawa. Basho-shi is produced using itobasho bark, known locally as ubasagara. The paper is highly valued as a material for making paper crafts or paper flowers.