In the Okinawan dialect, Uchinanchu means ssomeone native to Okinawa. With more emigrants than most other prefectures in Japan, Okinawa saw a large number of its people leave for foreign shores before and after World War II. Now, about 400,000 Okinawans live all over the world. Throughout the 117-year history of Okinawan emigration, Uchinanchu abroad overcame hardships through strength and generosity. Active in all professional fields, they have been valuable citizens of countries in which they have settled.

Many foreign-born Uchinanchu are amazed at the extent to which their ancestral homeland goes in order to welcome them “back” even after generations. Held every five years in Okinawa, the Worldwide Uchinanchu Festival is a good example of this, with its sixth edition celebrated in October 2016. The event attracted a total of 7,353 foreign visitors, the largest number to date, along with many from mainland Japan for a total of nearly 8,000 participants. Increased participation from the United States (mainly Hawai'i) as well as Canada, Brazil, Peru, Argentina, Bolivia and others made the event wildly successful. First-time participating countries included Colombia, South Korea, India and Myanmar. Events like these serve to bring to light the strength of Okinawan networks. Influenced by their ancestral roots, Okinawans still value passing down the devotion of their forebears to new generations. Strong familial bonds and pride in their heritage are hallmarks of Okinawan identity. The next time the event will come to Okinawa will be in 2021. 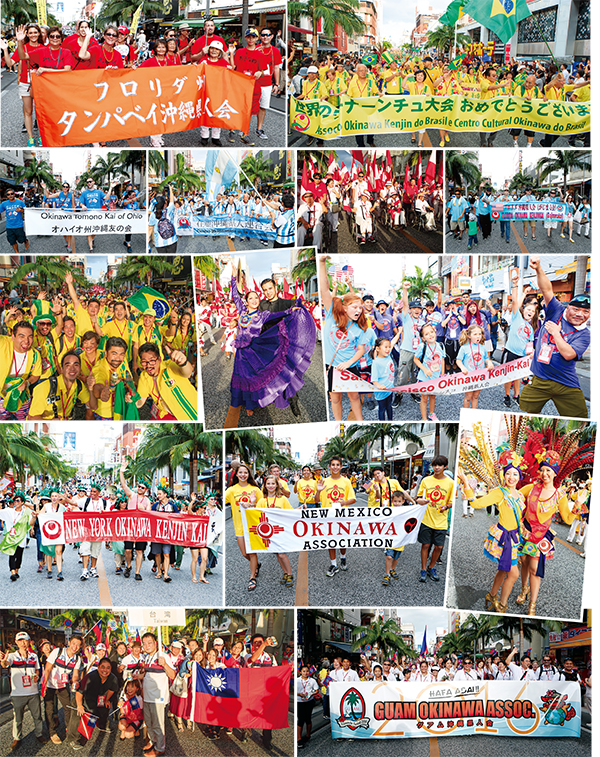 In 1900, the then-US Territory of Hawai'i became the destination of the first wave of emigrants from Okinawa. They could not have found a better new home. Hawai'i had once been an island kingdom with a proud history – much like their own – and both the soil and sea provided familiar bounties, thus similar livelihoods. Significantly, the ethnically and socially diverse milieu into which they settled allowed Okinawans' distinctive culture and traditions to thrive. In perhaps no other place has the influence from generations of Uchinanchu been more positively felt. Several landmark businesses in Hawai'i are owned and operated by Okinawans, and every year the Hawai'i United Okinawa Association presents the Okinawa Festival, the largest ethnic festival in the state. The 2016 Worldwide Uchinanchu Festival welcomed Hawai'i Governor David Ige, the first Uchinanchu governor in US history. 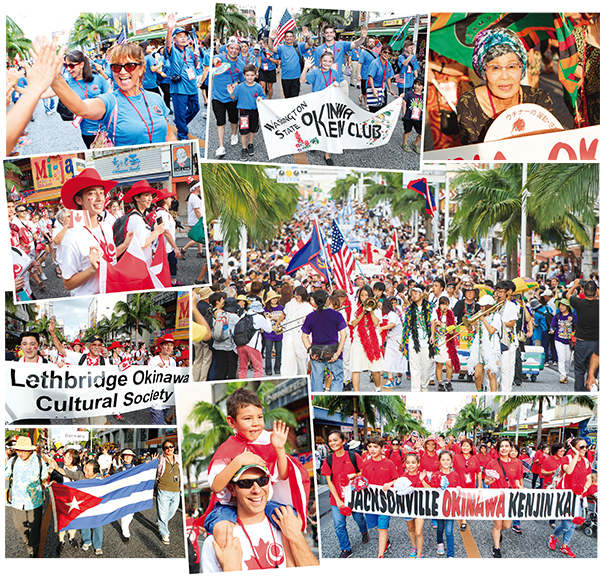 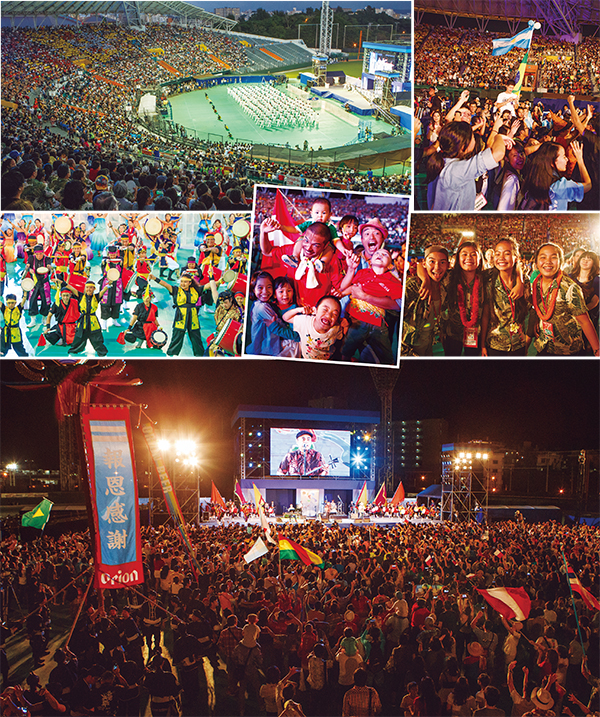