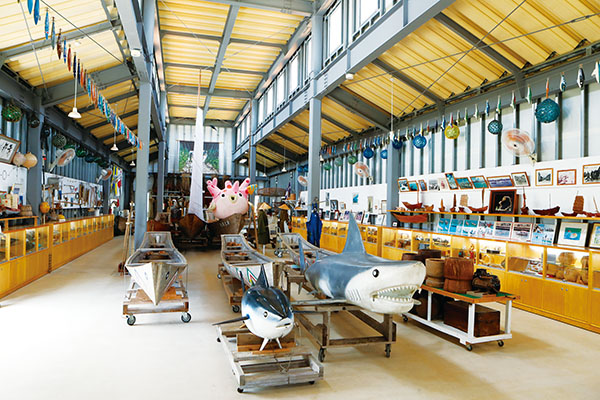 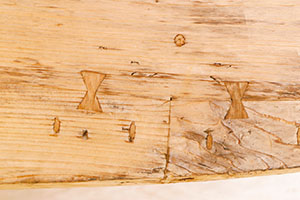 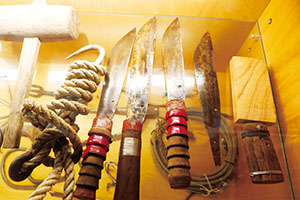 Itoman Uminchu Kobo Studio and Museum, managed by Director Ken Uehara, collects artifacts and compiles information on the culture and history of uminchu (fishermen) to preserve their traditions for future generations. Itoman uminchu applied their wisdom to developing innovative tools and personal items such as an umifuzo, a cigarette and money case that doubled as a pillow, lures made from adan (screw-pine) leaves, night squid fishing lamps made of oil cans and the revolutionary mikagan, goggles fashioned from natural materials when resources were scarce. The museum offers insights into Itoman's
maritime culture along with the old tools of the trade. 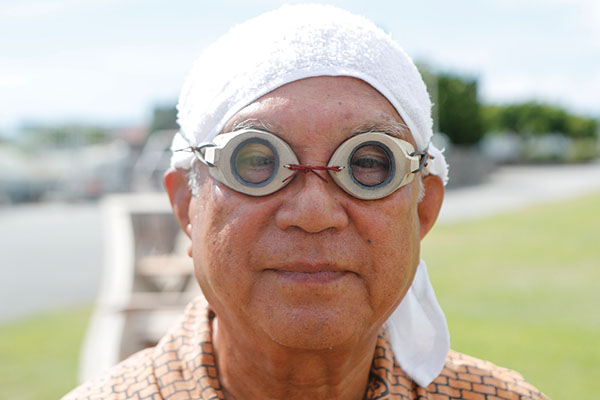 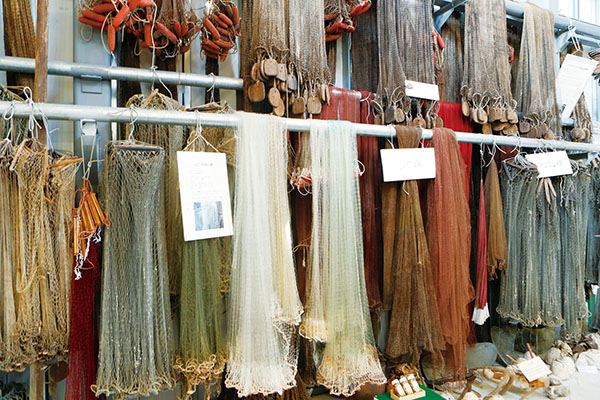 Fishing nets
When fishing in a lagoon was a viable industry, the preferred method was pantatakaa, in which fish were driven toward preset nets. Since fish avoided the color white, cotton nets were coated with pigs’ blood, which also protected them from the saltwater. The process required the blood of 20 to 30 pigs and on these occasions, fishermen reportedly shared jushi (seasoned rice) with their neighbors. 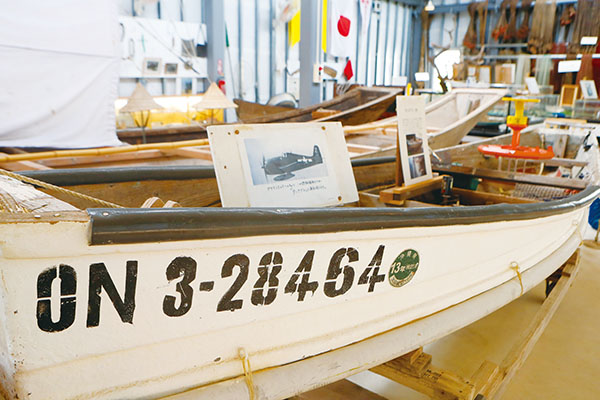 Evolution from the sabani
During the postwar period when resources were scarce, fishermen built boats called tanku-buni, or tank boats, using U.S. military surplus fuel tanks for the hulls. Starting in the 1950s, surplus gasoline engines powered the boats but since they were not designed for watercraft, they often broke down at sea. When modified to run on diesel, they became more dependable, extending the range of offshore fishing trips. 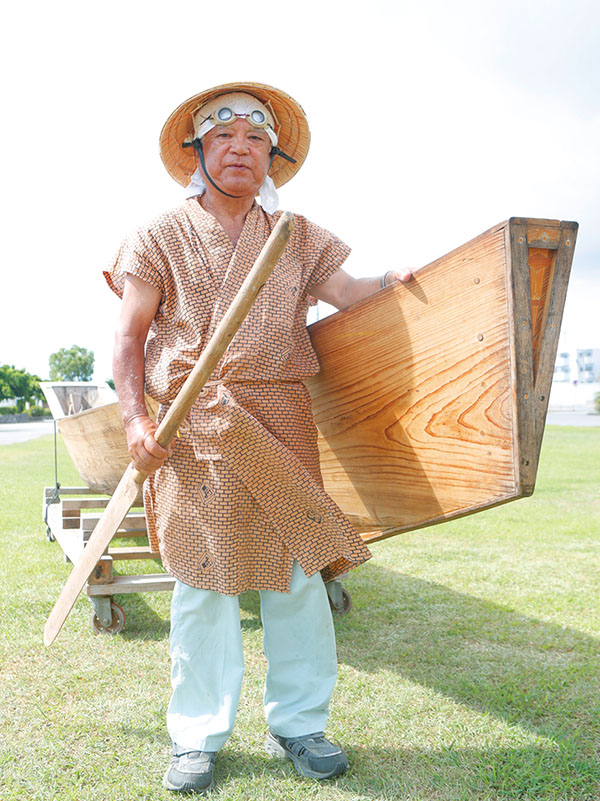 Director: Ken Uehara
Ken Uehara's father was a fisherman who suffered serious injury from a shark bite, after which he turned to boat building and developed the nanyo-hagi. His mother, who passed away at the age of 100, made kamaboko (fish cakes) which she is reputed to have sold out of a bamboo basket carried on her head. 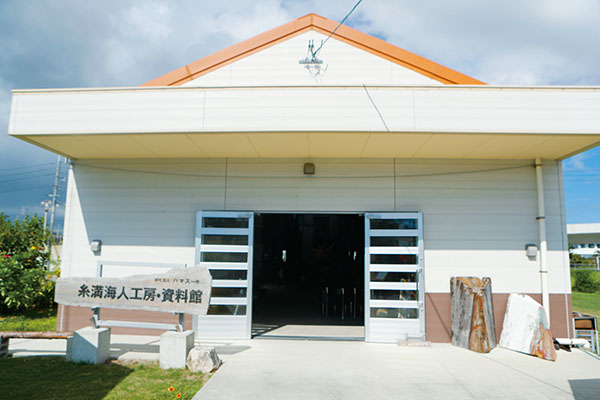