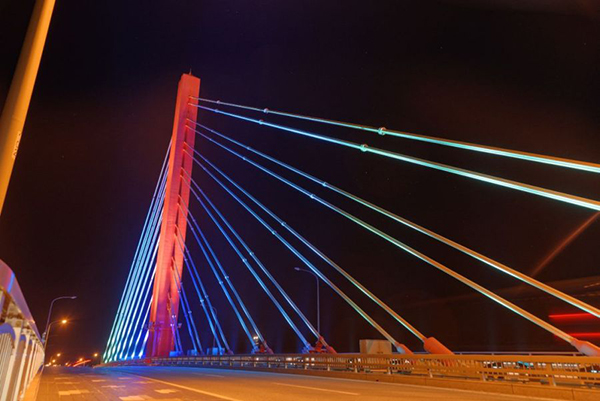 The Katsuren Peninsula in Uruma City is connected to the islands of Miyagi, Ikei and Henza by a 4.7-kilometer-long interisland causeway, which since the end of May 2015 has become the scene of a popular sightseeing attraction called the Bridge Light Up. Lights that run down the center of the causeway can be programmed to flash in 14 different patterns to amaze and entertain nighttime viewers.

Those wishing to see the spectacle should know that parking is not allowed on most of the causeway; however, there is a large parking lot in roughly the center which provides a great vantage point.