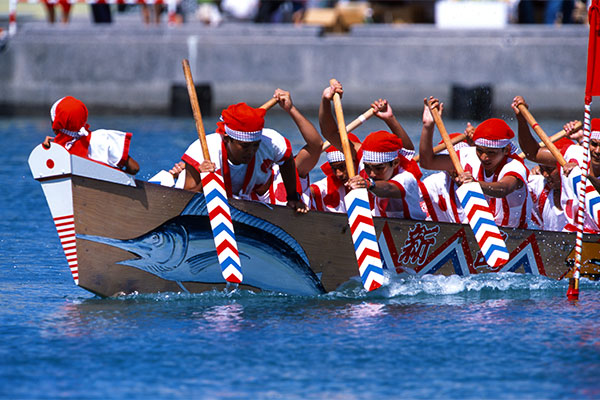 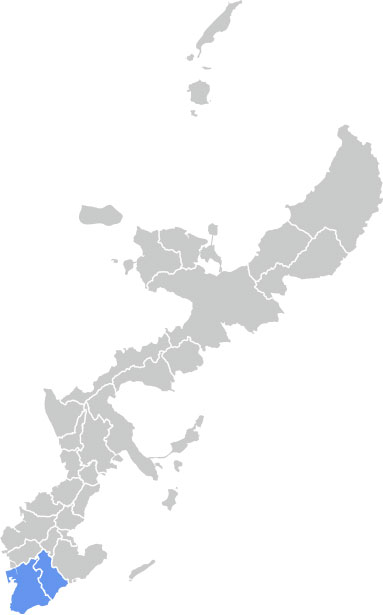 In the past, Itoman was famous for its uminchu (fishermen) who would sail their traditional Okinawan fishing boats known as sabani to such places as Singapore, Java and Sumatra in search of a catch. During the voyages, uminchu encountered severe storms that tipped over their sabani. Itoman is also known for its unique agya method of fishing where 30 to 40 uminchu on board seven or eight sabani chase schools of fish swimming on the seabed into a net. Scattered around Itoman City are a variety of historic sites, such as the Okinawa Peace Prayer Park and Himeyuri Monument as well as a number of popular tourist attractions, including Bibi Beach Itoman, Ryukyu Glass Craft and more.

Situated between Itoman City and Nanjo City is Yaese Town. A relaxing rural atmosphere prevails over the southern part of Yaese, which has been designated part of the Okinawa Battlefield Quasi-National Park. The town's southern section is home to the Gushikami Castle Ruins as well as a variety of nature attractions, such as Mt. Yaese and Gushichan Hama Beach.