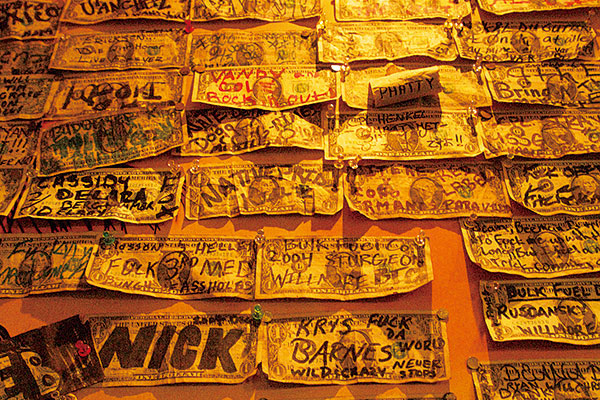 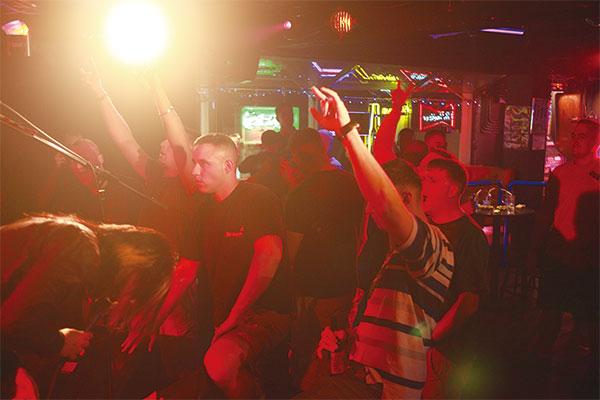 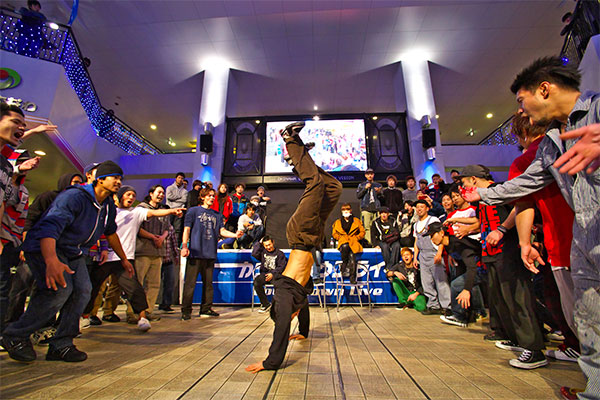 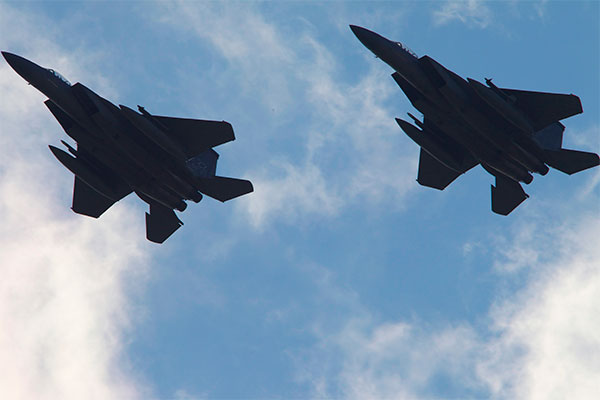 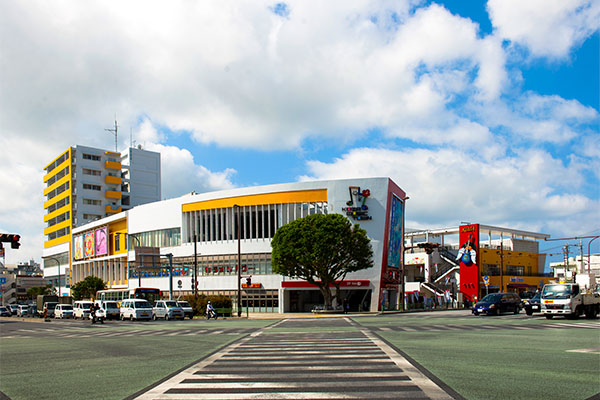 Koza Music Town is located at the end of the street where it meets Route 330. A variety of food and drink establishments can be found on the premises.

A town with a champuru culture 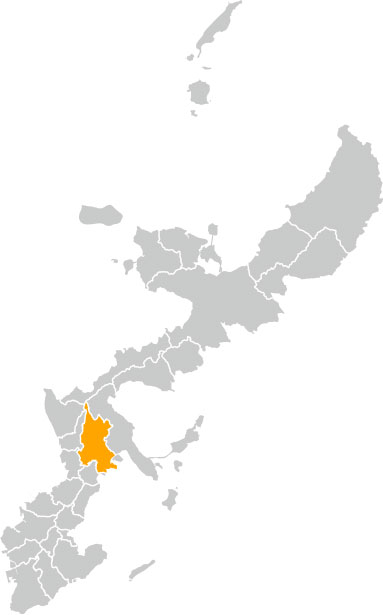 Okinawa City is located in the approximate center of Okinawa. About 36 percent of its land is occupied by a U.S. military base, Kadena Air Base, and the cityscape near Gate 2 Street and BC Street (Park Avenue Street) clearly reflects the influence of American culture on Okinawa City. On and around these main streets, shop and restaurant signs are written in English and prices are shown in U.S. dollars, adding to the “exotic” atmosphere.

In contrast, nature-rich residential areas, including Awase, where the Okinawa Comprehensive Athletic Park is situated, stretch along the east coast. 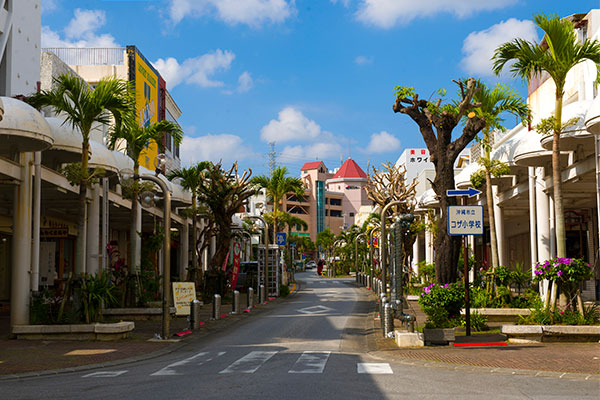 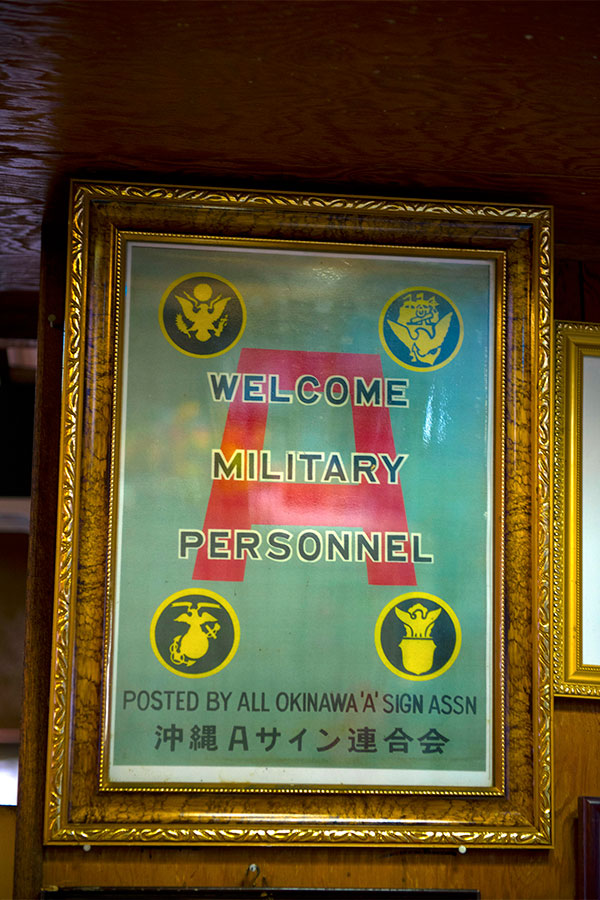 Right: Before the reversion of Okinawa to Japan there were many U.S. military-authorized establishments, such as restaurants, bars, live houses and cabarets, displaying the “A” permit in Okinawa City.

The area including Gate 2 Street, the Ichibangai arcade, Palmyra Street and Park Avenue Street is home to a number of uniquely themed shops and restaurants. A tourist information center catering especially to foreign visitors is located on Palmyra Street.

Okinawa was returned to Japan in 1972. In the last years of Vietnam War, from the late ’60s to the early ’70s, Okinawa City, which was known as Koza, was filled with extraordinary energy and excitement every evening, and the bars and clubs on the main streets were crowded with a large number of U.S. soldiers, spending money with abandon to enjoy their last days on the island before leaving for war.

During the golden age of Okinawan Rock, sounds of rock music were reverberating through Gate 2 Street and BC Street, which were packed with enthusiastic rock lovers. Today, the two main streets are lined with souvenir shops, import clothing stores, bars, clubs and live houses, and you will be exposed to all different kinds of music while walking down the streets. The streets and their environs are dotted with a number of folk music bars, which are said to have originated in Okinawa City.

Located at the corner of Gate 2 Street and Route 330, Koza Music Town hosts a concert hall, Otohiroba. Otohiroba, equipped with a complete sound and lighting system, presents concerts of various genres and styles. In addition, a number of free events are held in the indoor square on the first floor of Koza Music Town.