Ever since the publication of “The Okinawa Program,” which investigates Okinawan longevity, the island has experienced a steady influx of longevity and anti-aging researchers seeking to better understand the causes of this long life expectancy. After coming to Okinawa they always, without fail, visit the restaurant Emi no Mise in Ogimi Village. Heretofore famed for its large elderly population (even by Okinawan standards), the village is now increasingly known for its Longevity Meal, which is at its core a revival of traditional home cooking. Ingana, kandaba, ichoba, handama -- vegetables unfamiliar to Japanese mainlanders -- are locally abundant. Each with its own particular fragrance, hue, sticky texture or bitter taste, these sun-drenched vitamin bombs quickly lose their vitality if not prepared and consumed soon after harvesting. Requiring laborious cooking methods (e.g., removing the scum that rises from the broth), these vegetables are not widely available in supermarkets. Thought to be one possible source of longevity, the village’s local crop of shiikwaasaa (flat lemon) and papaya are the subjects of research, and it is noteworthy that Emi no Mise uses this local shiikwaasaa in their acidic dishes. Scientists have been able to show that shiikwaasaa contains nobiletin, which inhibits the development of cancer cells, thus confirming the traditional island wisdom passed down through the generations. 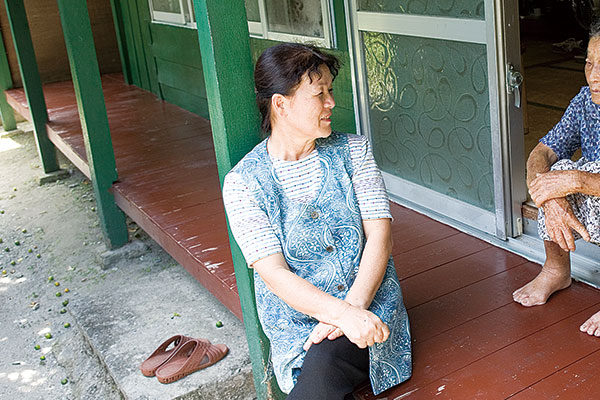 No discussion of Okinawan longevity would be complete without mention of former nutritionist, Emi, now proud restaurateur. She can often be seen visiting her elderly neighbors to bring fresh vegetables and the solace of friendly conversation.

The Longevity Meal with seasonal ingredients carefully selected by Emi herself. 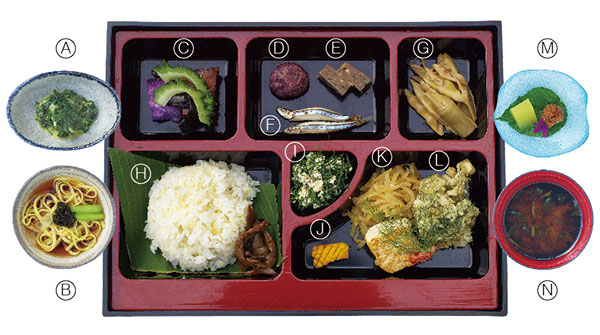 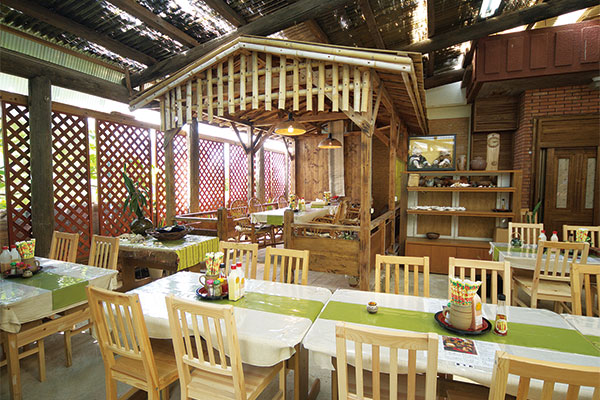