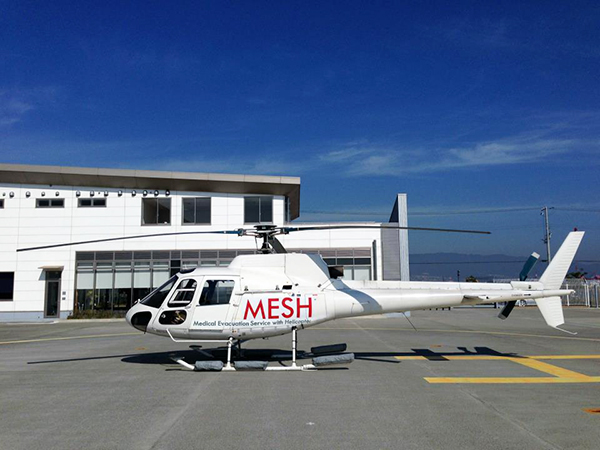 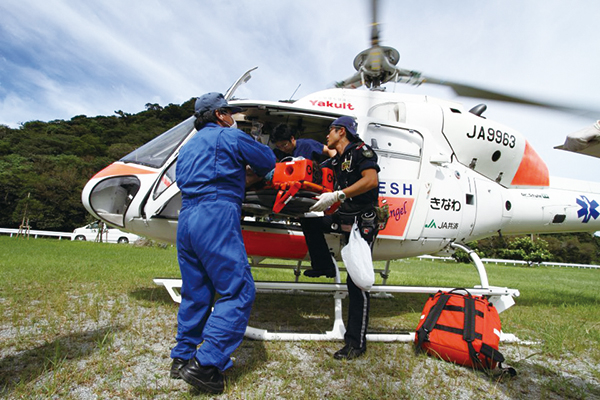 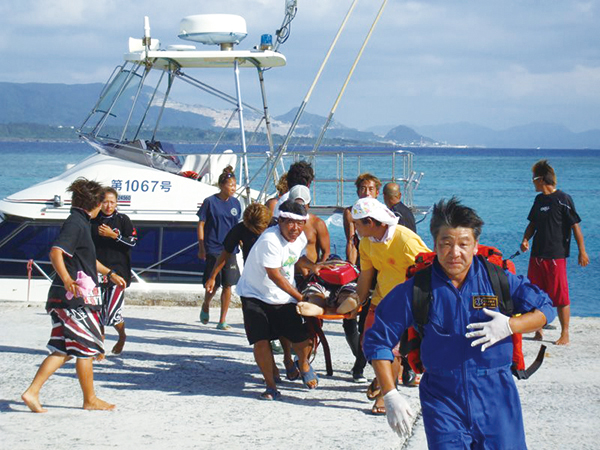 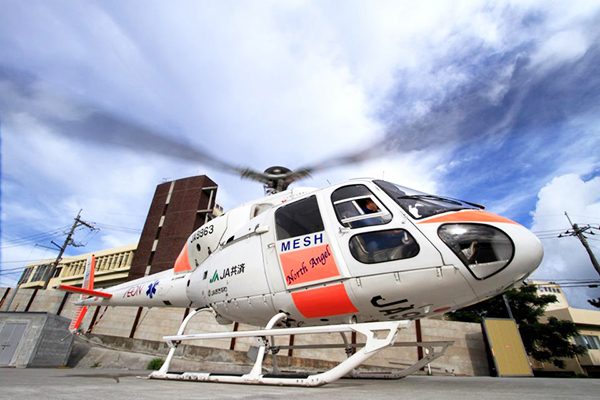 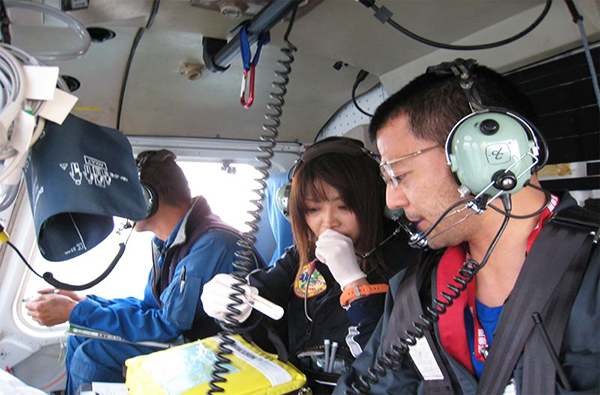 Among Japan's prefectures, Okinawa is in a unique situation due to a geographical makeup of small islands and remote regions, particularly in the north. This means there is a special need for emergency air transportation such as that provided by MESH (Medical Evacuation Services with Helicopter). MESH is a nonprofit organization that utilizes a private helicopter for emergency medical transport, providing a lifeline to areas that are not quickly accessible by other means.

MESH services were required 24 times in August alone. The majority of these cases were from the northern locations of Ie Island, Ogimi Village, Kunigami Village, Nakijin Village and Nago City.

Three reasons Okinawa's northern areas need emergency helicopter service:
1. There are approximately 500 MESH calls per year from northern regions of the main island of Okinawa and its neighbors.
2. If a helicopter base were to be located in a central or southern location, an emergency response time to any of the villages of Ogimi, Kunigami or Higashi within the critical first 15 minutes would be impossible.
3. In the northern areas, there are limited acute care facilities. Transporting patients to central area facilities by other means could take 120 to 140 minutes.

As a nonprofit organization, MESH needs donations – 750,000 yen per month to stay in operation. At present, 1,200,000 yen remains in the budget, which is enough to keep going for just over six weeks. MESH needs your help.

To make a donation:
http://www.meshsupport.jp/english/get-involved/

Donations by credit card are accepted.