As the city of Naha increased in population and became unable to support an active pottery district due to the constant smoke generated by kilns, the island’s ceramic production base was moved from Tsuboya in Naha to Yomitan Village in the late 1970s, when the Yuntanza Gama (kiln) was built. The late Jiro Kinjo, a master ceramic artist who was designated a living national treasure in 1985, was one of the first to move here, and many ceramicists followed suit. In 1980 Jissei Omine, Shinman Yamada, Terumasa Tamamoto and Meiko Kinjo built a joint “step kiln,” or noborigama. The kiln was repaired nearly 40 years later, in 2016, and is used today by the four artists. 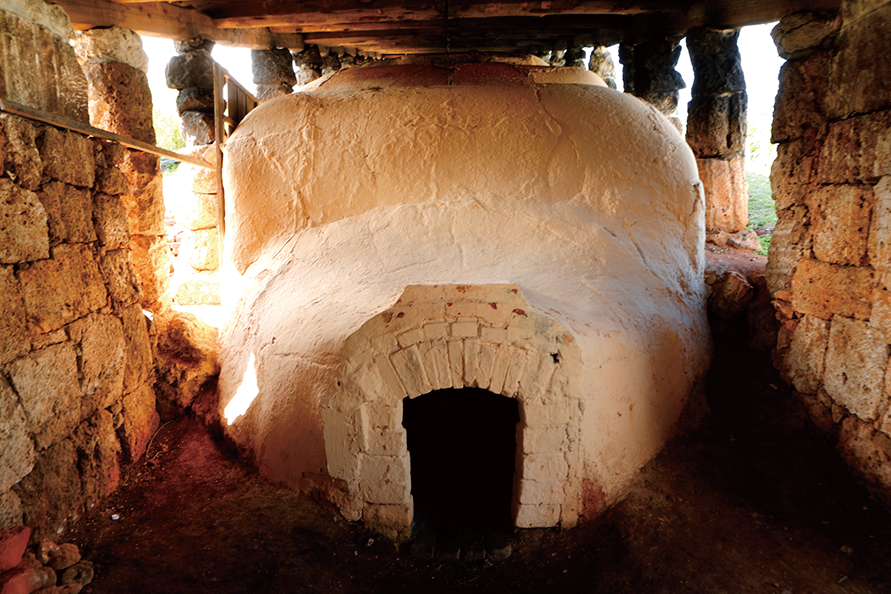 Built on a slope, the kiln consists of several chambers. Flames from the bottom of the kiln rise into the chambers, allowing a large number of ceramic pieces to be fired simultaneously. When operating the kiln, the four artists take turns watching the firing process, which continues for 80 hours.