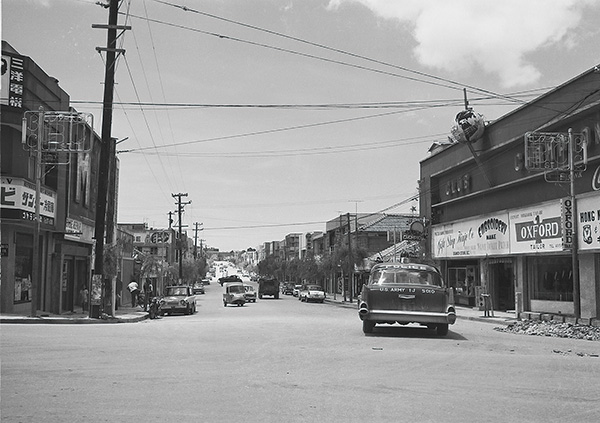 In the early ’70s, when Murasaki was enjoying its heyday, Okinawa itself was abuzz. The town of Koza was roughly divided into three sections: the Caucasian rock scene of BC Street and Gate Street, the soul music and go-go dance area preferred by Afro-Americans and the Okinawan entertainment district – labeled Sleepless Town – for the local populace. Each operated independently, but in a sense they blended into one. At that time, the total earnings of the Murasaki band was about ¥1.5 million per month – so much they could build a house with a just a couple of months’ pay. Touted in the mainland as a phenomenal band, Murasaki’s major debut album “Murasaki” released on a Japanese label in April 1976 went on to sell 50,000 copies. They went on to perform as a top level group until disbanding in 1978 after a national tour.

“Back in the day, we would play at as many as three different locations in the same day. For example we’d play at Gypsy in Kin Town, then come back to Koza and play at After House, Bonanza and so on. BC Street [now called Chuo Park Avenue] had more nightclubs than you’d care to number, with live shows and strip shows every night. The performers – and the patrons – were very dedicated. I remember when antiwar activist Jane Fonda came to Koza. We were driving down what is now Route 330 when suddenly we saw Jane Fonda walking along between the Yamazato intersection and Plaza House. I remember it real well, because when me and my friends called to her, she completely ignored us! [laughs] The band also played at many events on base, too. You know, at lots of teen parties and high school weekend dance parties. In those days all of Okinawa was American territory, so you’d see American MPs and Okinawan policemen working together, and there wasn’t a huge distinction -- as there is now -- between life on base and life off base.” - George Murasaki

eorge is a third generation Japanese American born in Okinawa. Though American by nationality, he was raised with both American and Okinawan culture. While majoring in math at UCLA and studying computer programming, he minored in music and studied piano, pipe organ, singing and so on. It is noteworthy that as the war escalated, the military draft even extended to foreign nationals studying in the U.S. “When I came home to Okinawa during summer vacation, the reality of the war was so much more palpable that when I was in LA. There were trucks carrying dead bodies, a new morgue had been constructed on base, a high school friend had been killed in action. It was so overwhelming … and though it sounds somewhat banal, I just felt I wanted to focus on the ideals of love and peace and spread that message to the world through music,” George explains.

aking an interest in avant-garde music, George was particularly impressed with Deep Purple. Having internalized the essence of all the different kinds of music he had studied up to that time, he then naturally blended the core elements, and the resulting sound was Okinawan rock. In recent years there have been efforts within electronic dance music to mix the Ryukyuan musical scale with digital sounds. However, it was actually George Murasaki who pioneered this movement 30 years ago.

hese days you can occasionally hear George play at his son's live house, 7th Heaven KOZA. His sons Ray and Leon also perform there with their increasingly popular band, 8-Ball, which has no less vibrancy than the legendary Murasaki. 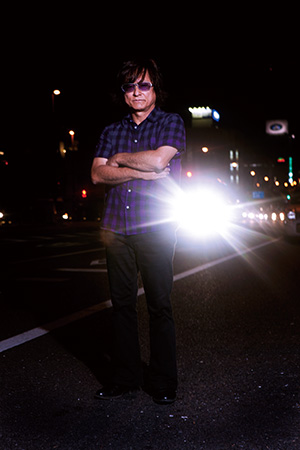 George Murasaki says he was close to where the riots took place in 1970. “There was a terrible commotion outside, so I went to take a look. I saw cars overturned and an increasingly violent crowd. ‘Not good,’ I thought, so I took the U.S. military-registered E-plate car I had on loan from my father, drove it home on back roads and parked it safely there. In the morning when I returned to the scene of the riot, the air was filled with the acrid smell of burning cars and tear gas.” 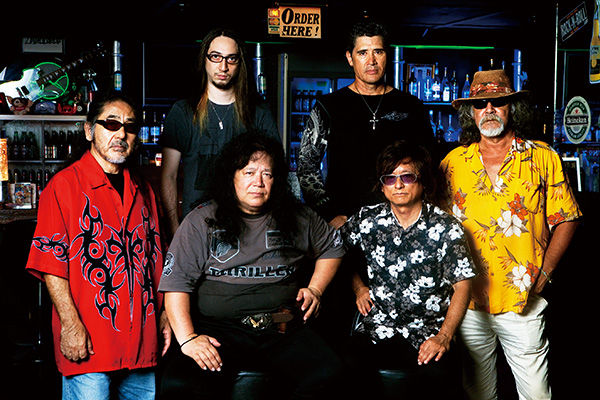 Murasaki Reborn
By the 1980s the dominant Okinawan rock groups disbanded, and though several tried to regroup with various member styles, most were temporary and did not lead to sustained activity. However, this all changed when Murasaki’s golden era members teamed up with JJ (top vocalist in the Okinawan rock scene) and bassist Chris (roughly half the age of the other members at 30 years old). In 2010 Murasaki released their first new album in 34 years, “Purplessence.”

Okinawan rock festival
2011 will see the 29th installment of Japan’s longest-running rock event, the Peaceful Love Rock Festival, which is held over two days every summer. The first day features up-and-coming mainstream as well as indie bands, whereas the second day hosts the legendary founders of Okinawan rock -- Murasaki, Condition Green’s Katchan and more. Incidentally, the first time the event took place in 1983 it was the one-time reunion of the original members of Murasaki and titled Murasaki, Why Now? Peaceful Love Rock Concert. An astounding 5,000 people showed up. Murasaki decided to turn this wildly successful event into a more general rock festival bringing in various other bands and as such it was renamed, dropping the Murasaki nomenclature. The Peaceful Love Rock Festival title was inspired by the lyrics of JJ’s song “Peaceful” from George Murasaki & Mariner’s second album, “Mariner II.”