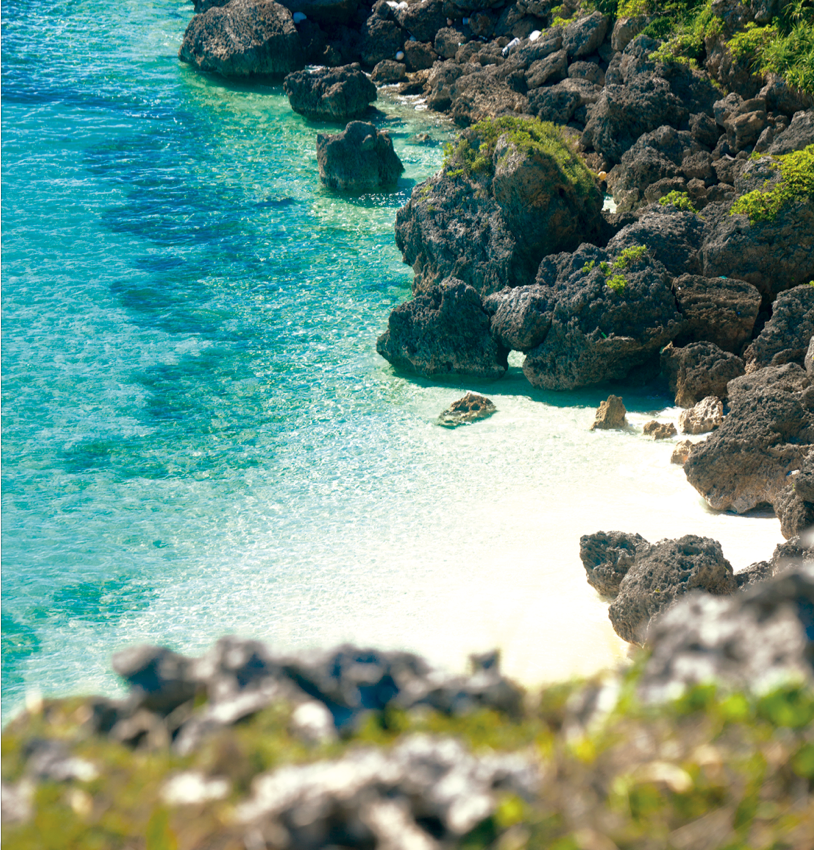 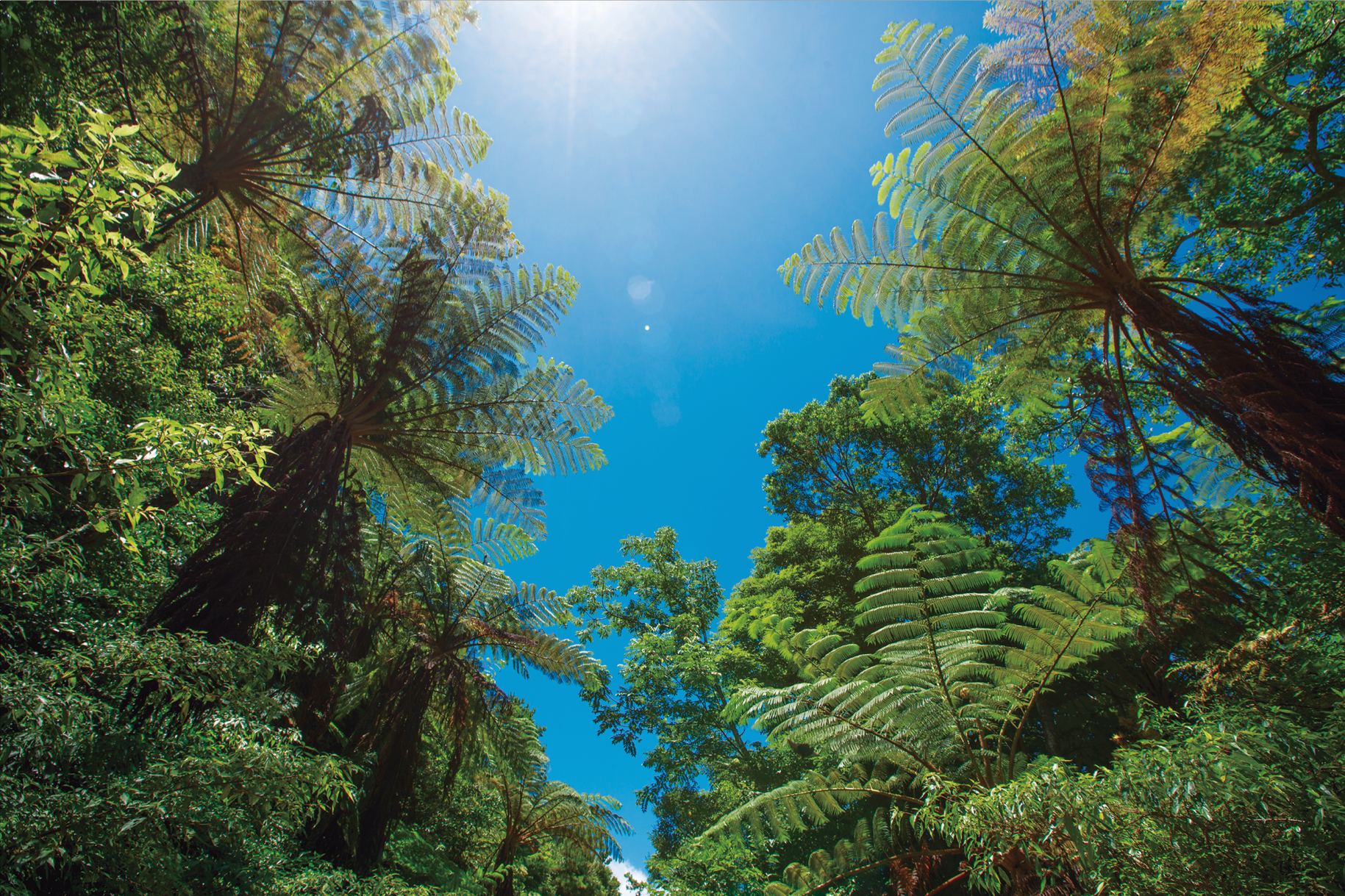 Facing the Pacific Ocean to the east and the East China Sea to the west, and with 80 percent of the area consisting of forests and uncultivated fields, Kunigami Village, a large administrative unit and the northernmost village on the island, has been dubbed the “Galapagos of Okinawa” due to its wealth of rare creatures. With a coastline measuring only 500 kilometers, Okinawa is a small but attractive island where, after driving from Naha for some three hours on the Okinawa Expressway, visitors can observe rare lifeforms that can only be seen in northern Okinawa and a subtropical natural environment that remains untouched.

Heading north on Route 58, you will start to see a drastically different landscape – the ocean on one side and mountains on the other. Amid this natural setting, an idyllic vista spreads out… a small truck loaded with harvested sugar cane, an elderly woman taking a stroll while pushing a cart and an elderly man fishing along the shore. After passing the Okuma Private Beach & Resort, the northernmost major resort facility in Okinawa, small inns become the main accommodation. Here, you would want to completely immerse yourself in nature as there are no convenience stores, nothing except the natural environment.

As you have come this far, you should go to Cape Hedo, the northernmost point of the island, as well as the Okinawa Rail Observation Deck, shaped like the famous Okinawa rail with a deck built in the “breast” of the bird. This area is full of places of interest, among them Daisekirinzan, part of the northernmost reaches of tropical karst topography, a distinctive geological formation. Eons in the making, the landscape of Daisekirinzan is limestone bedrock that was shaped by rainwater about 200 million years ago. Located near Daisekirinzan is Kayauchi Banta, a spot on an 80-meter cliff overlooking the East China Sea that offers a spectacular view of the ocean off the Okinawa Coastal Quasi-National Park. In addition, while exploring Kunigami Village visitors are recommended to visit Oku, a small community that feels a world away. The Oku River, with calmly flowing water and lush greenery, adds to the distinctive atmosphere of the settlement. If you’re lucky, you might encounter an Okinawa rail as you drive along Kunigami's forest roads in the morning hours.

Kunigami Village is the only place in Okinawa Prefecture that the Tokyo-based Forest Therapy Society has certified as a forest therapy base among nearly 60 others in Japan. There are four forest therapy roads that offer programs throughout the year as well as parks where visitors can walk around while enjoying the blessings of Mother Nature. Many parks feature accommodation facilities, taking advantage of the natural environment that nurtures a rich ecosystem including an endemic bird, the Okinawa Rail. In Kunigami you will find a hiking trail on Mount Yonaha (altitude: 503 meters); Hiji Falls, where you can take a therapeutic walk and enjoy wading in the water; Kunigami Village Forest Park, featuring a walkway and accommodation facilities; and Yanbaru Discovery Forest. If you are looking for eco-accommodation, bungalows and treehouses available in the forest park are recommended as lodging where you can coexist with nature.

As for outdoor activity, the most popular nature tour program at Yanbaru Discovery Forest consists of paddling a two-person canoe up a river in a subtropical jungle. Tour participants also have some free time at the upstream area to enjoy wading in the river or observing fish and other wildlife that live there. If you don’t have time for climbing the mountain trail, you can still take in the scenery by driving up the mountain road. Soon after passing the trail that leads to Mount Yonaha you’ll come upon Cafe Okinawa Rail. Since there is no electricity here, solar panels have been set up to provide off-grid power to run the cafe. Enjoy looking at the trees from the large picture window while you treat yourself to a deli lunch (¥1,180) made with generous amounts of vegetables grown in the home garden. 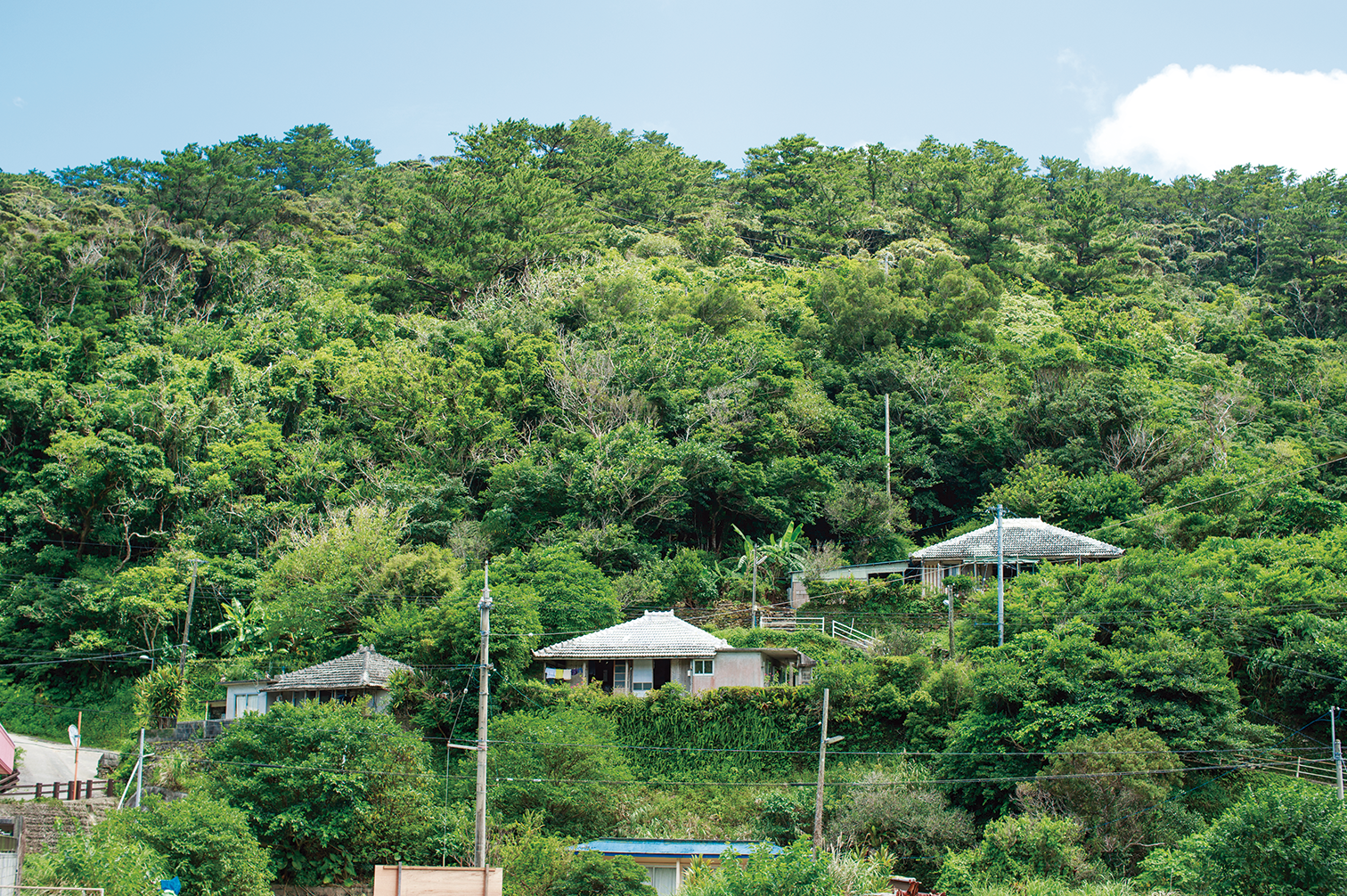 The population of Kunigami Village is about 5,000, of which most live in and around Hentona, the village’s central district. Very few people, on the other hand, live in Oku, a peaceful area dotted with Okinawan-style houses with traditional roofs. 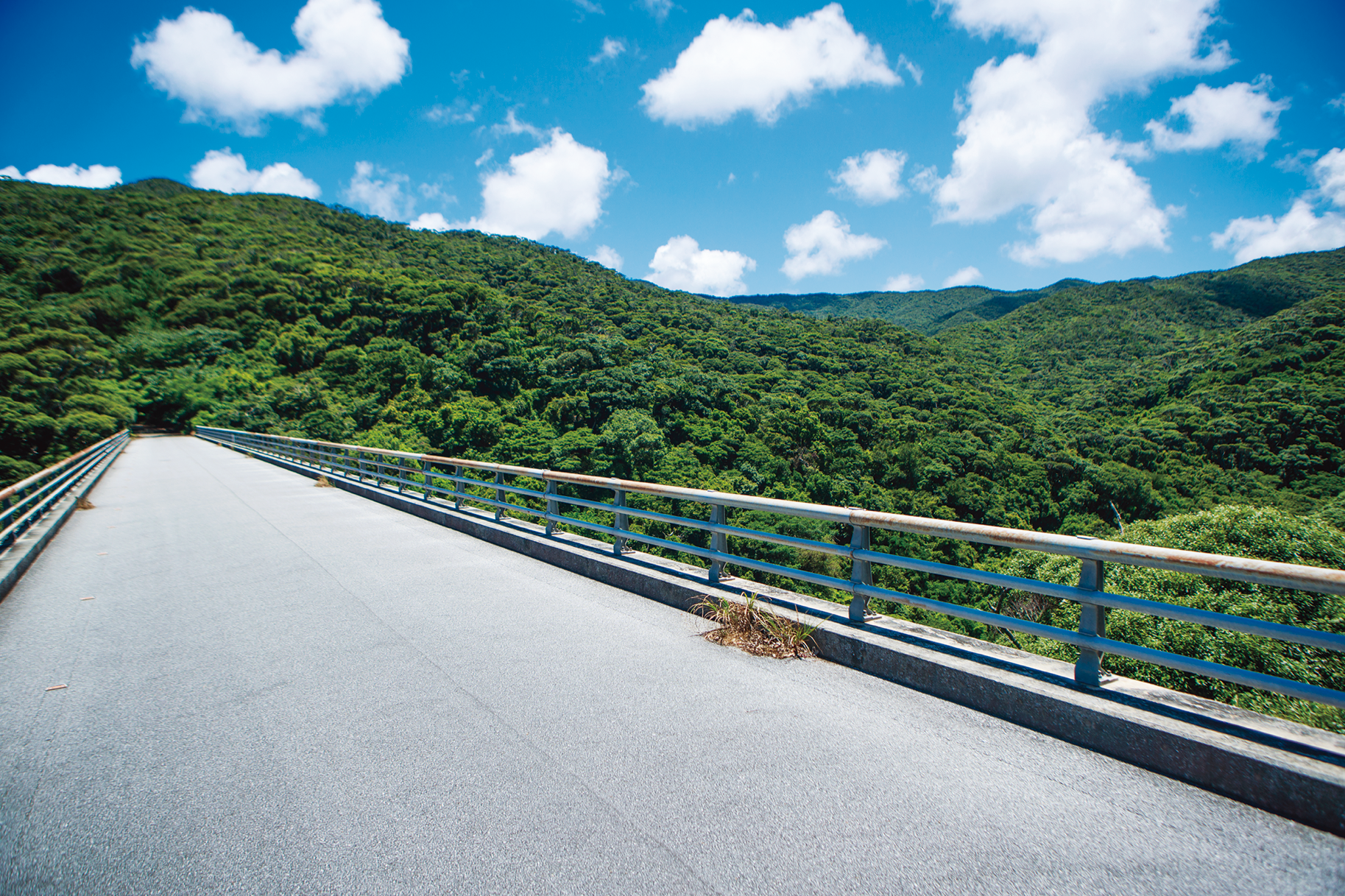 A group of unusually shaped trees in Yambaru’s mountains are called the broccoli forest. A breathtaking view of the forest can be enjoyed from Nagao Bridge, located on Okuni Forest Road, midway between Kunigami and Ogimi villages. 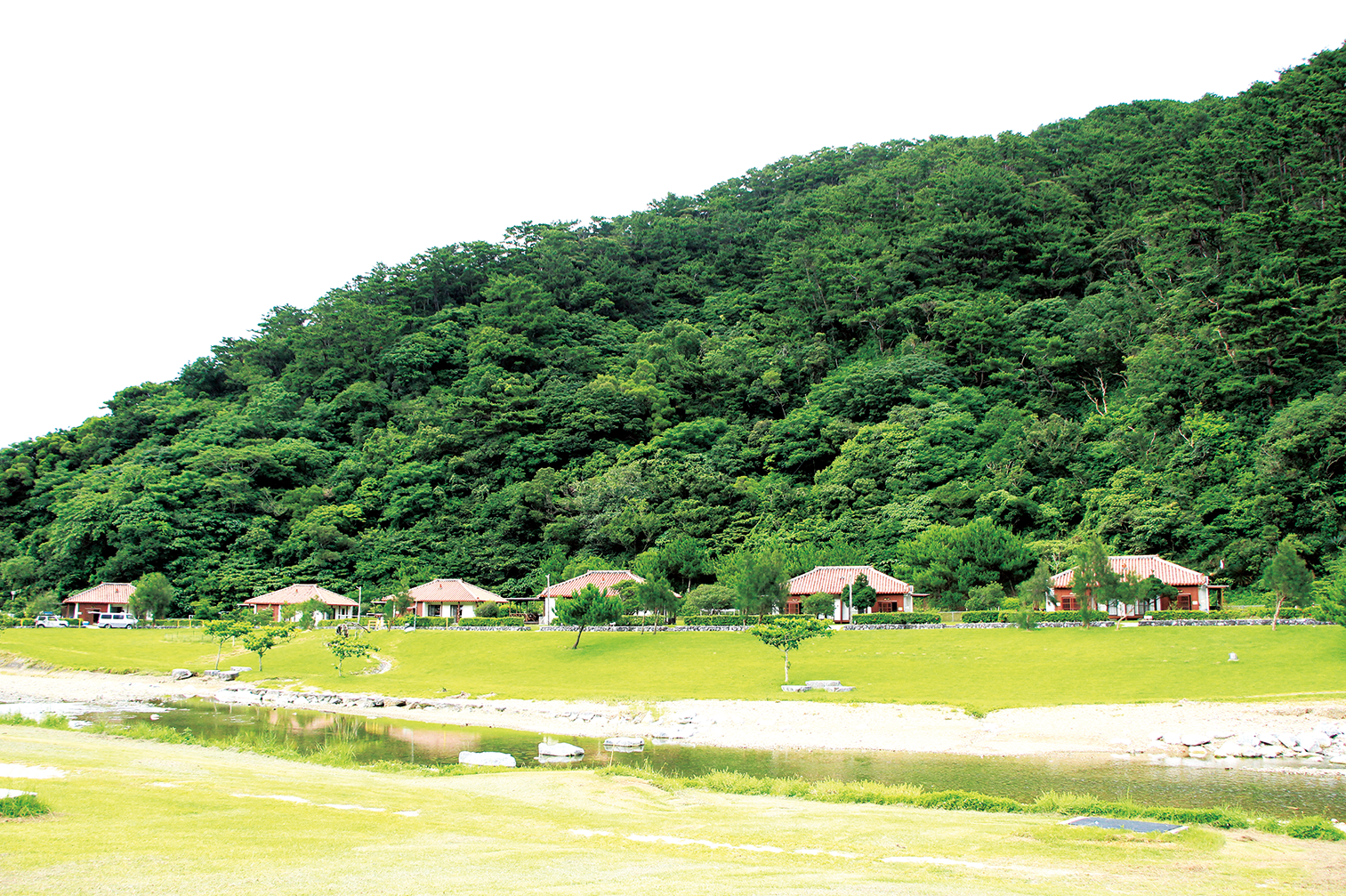 Visitors are recommended to visit Oku while exploring around Kunigami Village. The northernmost community in Okinawa, Oku feels a world away. The Oku River with clear, calmly flowing water and surrounding ocean and lush greenery and to the distinctive atmosphere of the settlement. 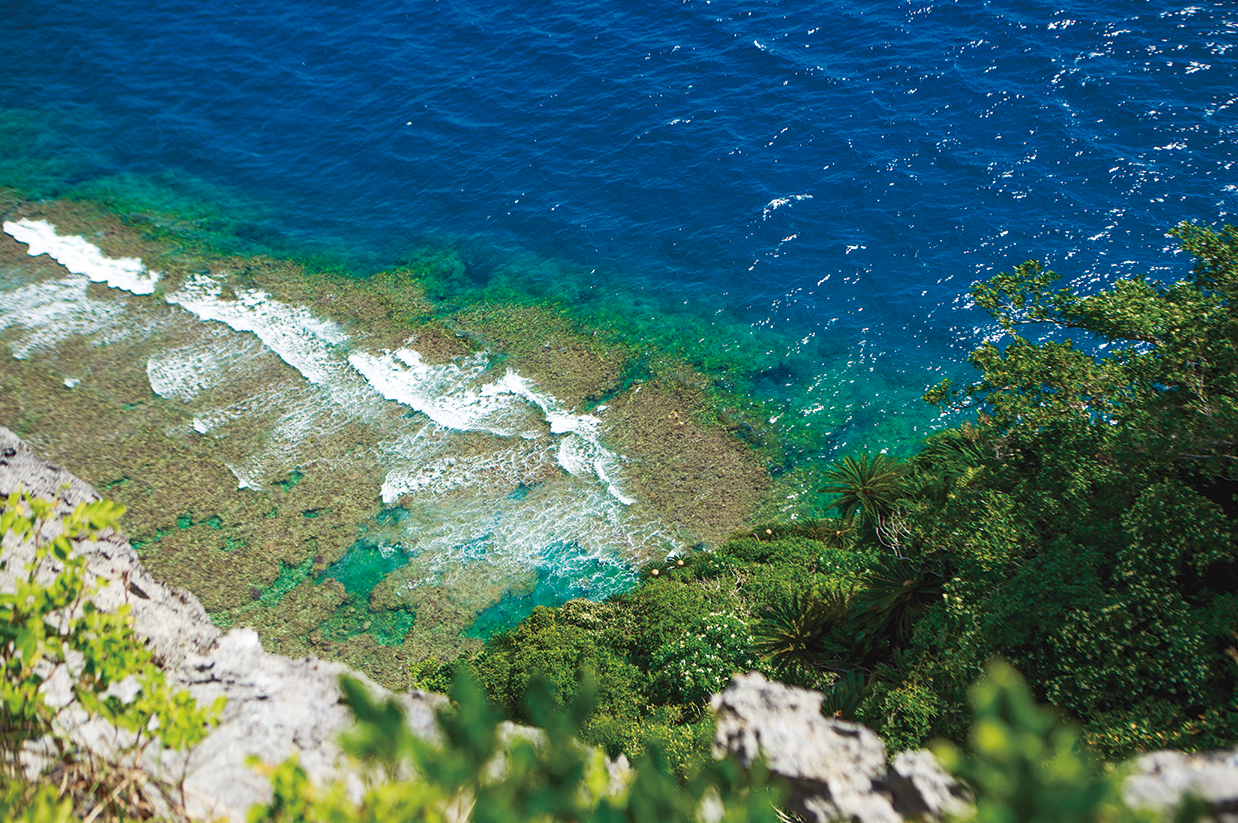 Kayauchi Banta
Located near Daisekirinzan park is Kayauchi Banta, a spot on an 80-meter cliff overlooking the East China Sea and offering a spectacular view of the ocean off the Okinawa Coastal Quasi-National Park. 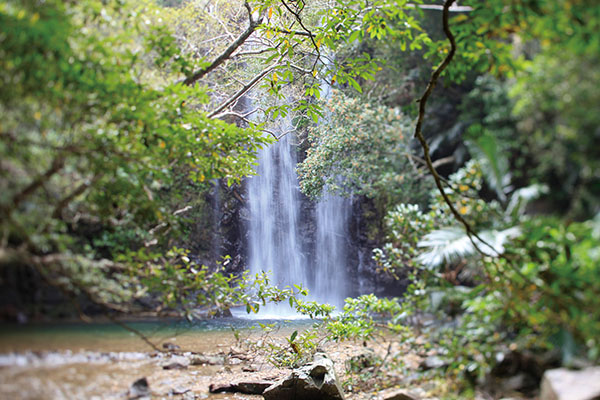 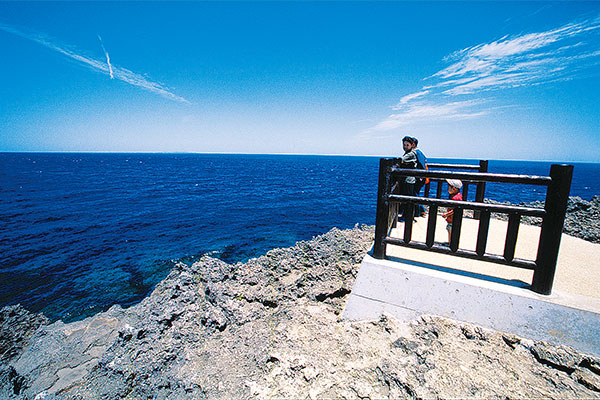 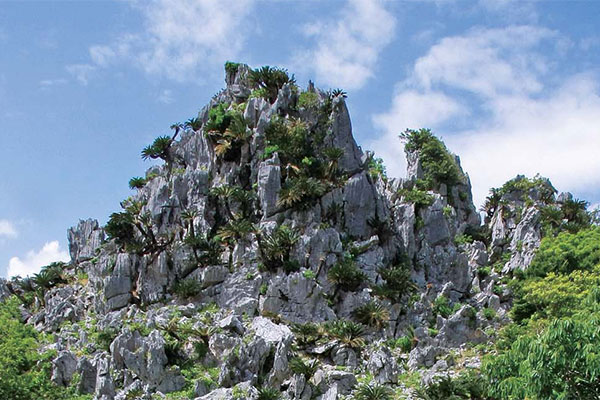 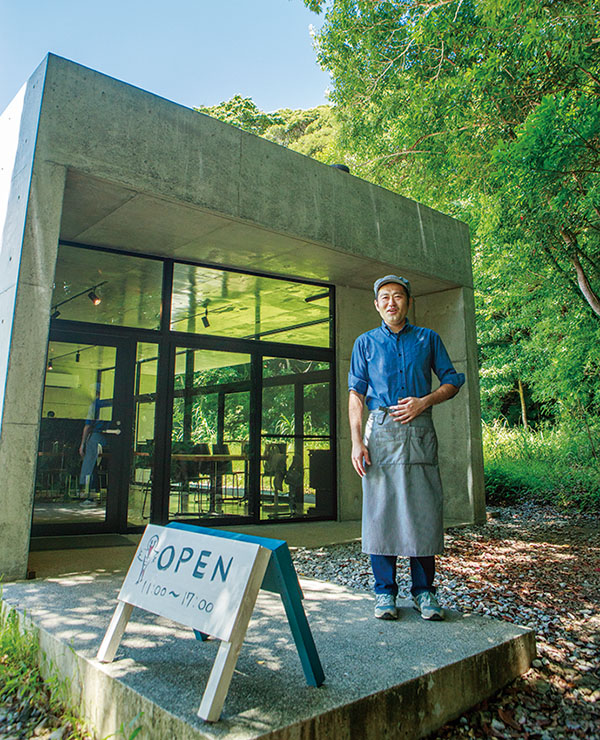 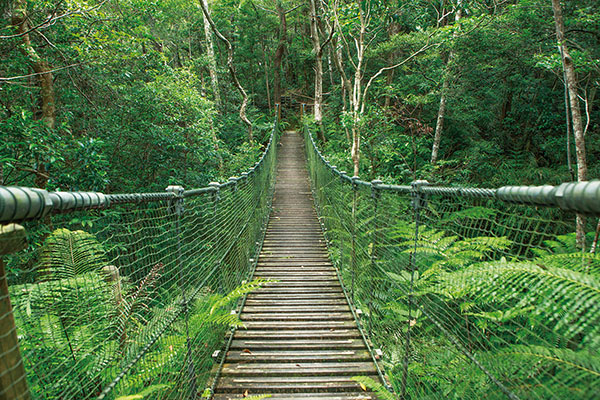 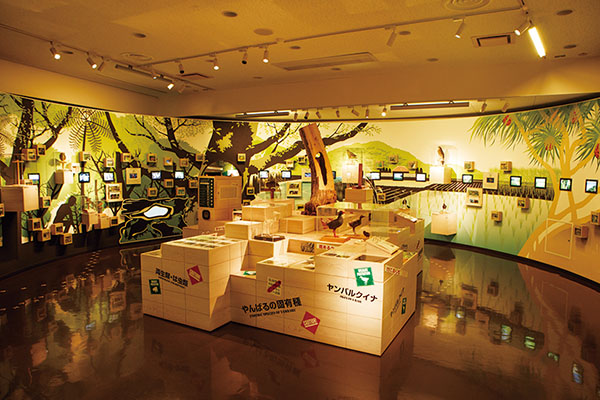 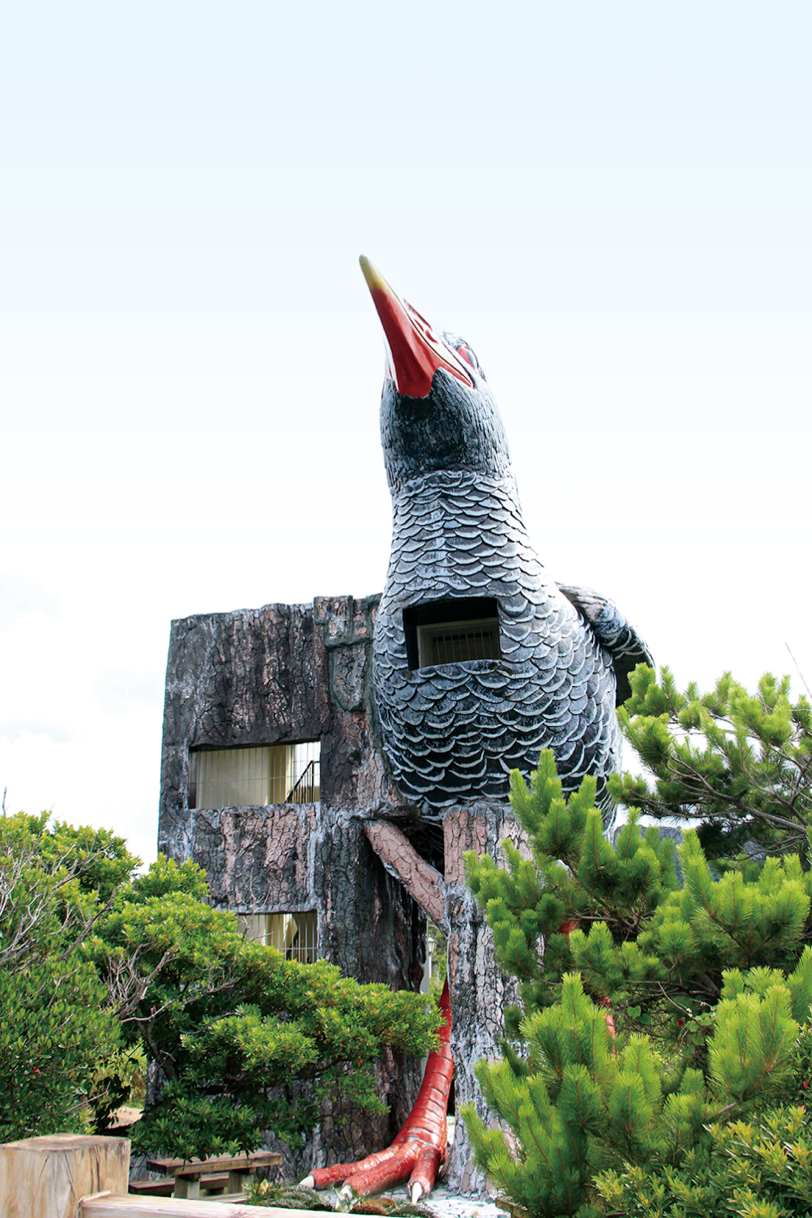 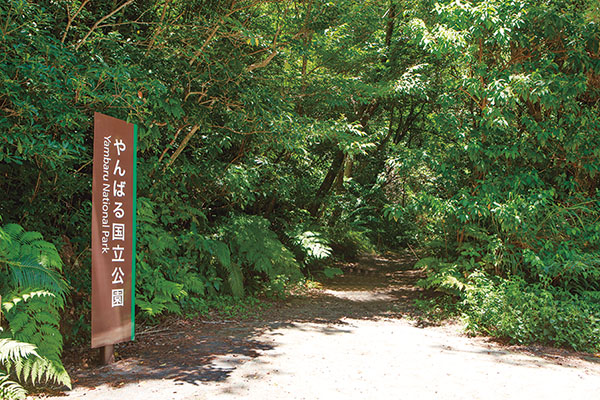 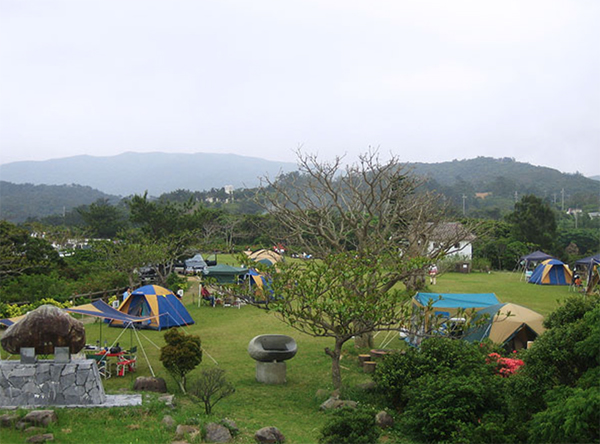 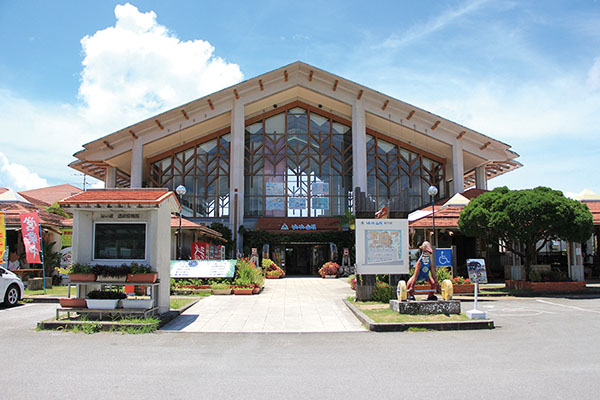 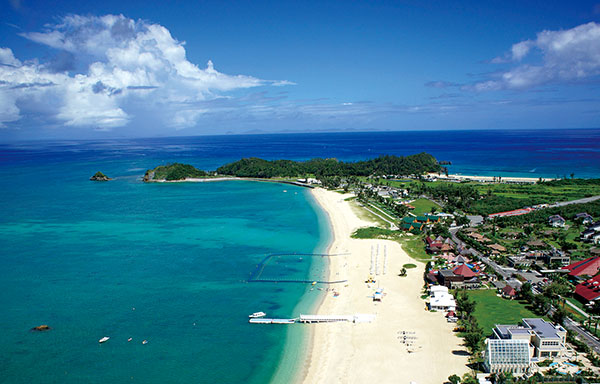