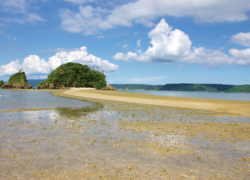 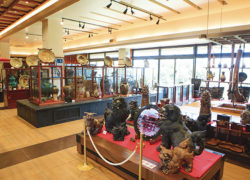 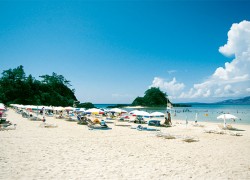 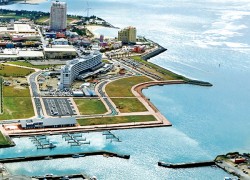 This is a new commercial area in Chatan Town with various shops lining a walkway along the coastline and chartered boats departing daily from berths in the marina for the Kerama Islands. Six new hotels, including a Doubletree by Hilton, and condominiums are scheduled to open by 2020, adding to the already existing Hilton Okinawa Chatan Resort.All along the walkways extending from here past American Village and Sunset Beach to Araha Beach are popular spots for watching the sunset. 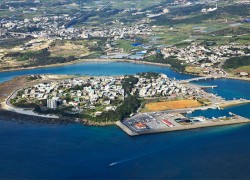 Ou Island has a perimeter of only two kilometers, with a drive around the whole island taking about five minutes. The island is full of excitement during the haaree boat races, when rowers jump off a bridge into the water to climb into their sabani. Numerous tempura shops at the base of the bridge sell fresh seafood tempura at reasonable prices, a treat for locals and tourists alike.

Situated right next to the bridge is a typical Okinawan white sand beach that is enjoyed by locals. 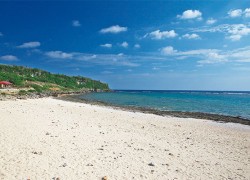 The beach offers great snorkeling with its crystal-clear water, home to a number of tropical fish. You can swim only during high tide; at low tide, the beach is crowded with locals exploring the exposed reef, observing marine creatures trapped in tide pools or clamming. It’s also well known as a diving and surfing point. 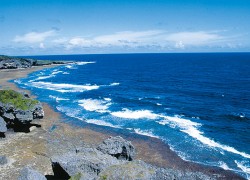 You can see the vast,deep-blue ocean from the top of Cape Kyan. Once a site of great tragedy where numerous Okinawans committed suicide during the Battle of Okinawa, the cape has become a famous surfing point. 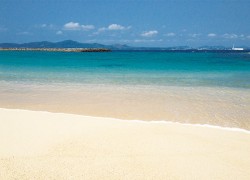 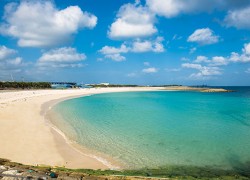 This is a 550-meter-long beach easily accessible from Naha City, part of Nishizaki Marine Park. Here you can enjoy riding on a water scooter and various other fun, water-based activities, putter golf and games of beach volleyball and soccer (¥540 / hour). 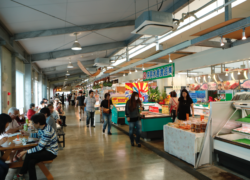 The Fish Center on the Itoman Roadside Station premises sells the catch of the day and accompanying items. Priced between ¥200 and ¥500, offerings include sashimi, sushi, shrimp or octopus skewers, scallops and lobster with sea urchin sauce. 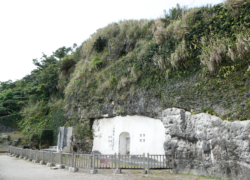 Urasoe Yodore is a mausoleum for royalty dating to the early years of the Ryukyu Kingdom era. Inside the tomb are shrines decorated with images of the Buddha and sculptures depicting a crane and a turtle, indicating a significant Buddhist influence in the kingdom. The shrines are registered as prefectural cultural assets. The mausoleum was built in a natural cave and is believed to be a prototype of traditional Okinawan tomb design. At Yodore Hall you can watch a video on the restoration of the interior of the tomb. 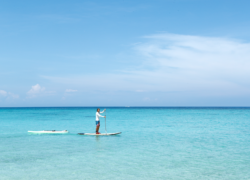